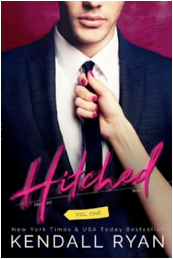 About Hitched: Marry the girl I’ve had a crush on my whole life? Check.
Inherit a hundred-billion-dollar company? Check.
Produce an heir… Wait, what?
I have ninety days to knock up my brand-new fake wife. There’s only one problem–she hates my guts.
And in the fine print of the contract? The requirement that we produce an heir.
She can’t stand to be in the same room with me. Says she’ll never be in my bed.
But I’ve never backed down from a challenge and I’m not about to start now. Mark my words–I’ll have her begging for me, and it won’t take ninety days.

On the heels of her smash hit and New York Times bestselling SCREWED series, Kendall Ryan brings you HITCHED, a romantic comedy that delivers heart and heat. A NYC playboy turned business mogul has ninety days to win over the woman he’s always desired in order to save his father’s company. One tiny problem: She hates his guts.

This book is hilarious. It is more then just a "romance". I would call Hitched, a romantic comedy filled with tons of hot chemistry. Noah and Olivia just vibed off each other so well. You could feel the chemistry between them. Yet at the same time I like that Olivia did not give into Noah right away. Although, I must say it was very hard and Olivia did well to last as long as she did. Noah was not playing fairly. However when Noah would say or do something I could not help but have a smile on my face. Such a fun book. I am looking forward to checking out book two. 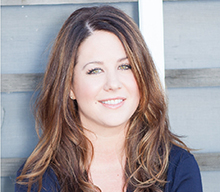 About Kendall: A New York Times, Wall Street Journal, and USA Today bestselling author of more than a dozen titles, Kendall Ryan has sold more than a million ebooks and her books have been translated into several languages in countries around the world. She’s a traditionally published author with Simon & Schuster and Harper Collins UK, as well as an independently published author. Since she first began self-publishing in 2012, she’s appeared at #1 on Barnes & Noble and iBooks charts around the world. Her books have also appeared on the New York Times and USA Today bestseller list more than two dozen times. Ryan has been featured in such publications as USA Today, Newsweek, and InTouch Weekly. She lives Texas with her husband and two young sons.