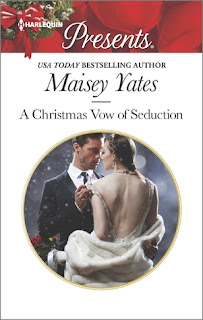 A Christmas present for the man who has everything…

With one band of gold Prince Andres of Petras can erase his past—albeit pleasurable—sins. But his prospective bride is untamable Princess Zara, so the playboy prince must seduce her into compliance and crown her by Christmas!

The wayward princess of Tirimia has spent years hiding her untouched heart, and her convenient husband-to-be seems determined to keep it that way. Yet his caresses promise a sensual awakening that's impossible to resist. But once Zara's given him her hand and her body, it won't be long before he has her heart…

I actually was very surprised by how much I liked this book. I was really into Prince Andres and Princess Zara. They are the Yin and Yang to each other. Andres calmed his playboy ways and Zara emerged out of her cocoon into a beautiful butterfly. While their first experience together did make Andres come off as a jerk, I could feel the real emotions between them. As the story moved along, I grew closer to both Andres and Zara. The ending was a good one. A quick read. 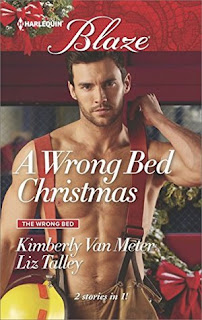 The Wrong Bed—But the Right Guy!

Ignited by Kimberly Van Meter
What do you do when a sexy, naked fireman gets into your bed? If you're Alexis Matheson, you freak out. But now she's snowed in with Layton Davis, and suddenly Alexis's best intentions to behave seem to have disappeared up the chimney. Because a hot 'n' naughty firefighter in her bed might be the best Christmas surprise ever…

Where There's Smoke by Liz Talley
Emma Rose Brent is sure she's dreaming when Erik Matheson, her bestie's überhot older brother—who she's been crushing on for years—mistakenly slips into her bed, all gloriously naked. But Emma must have been a very good girl this year, because she's been given the best gift of all: the chance to be really, really bad…

Both stories in this book are H-O-T. They will make the snow melt. However both women are different. Alexis is not shy about what she wants. So the chemistry between her and Layton was firing off on all cylinders. It is a good thing that Layton is a firefighter as he would have been called to put the fire out before it combusted.

Than there is Emma. She is not as talented in the "Sex Kitten" department. In fact, there is nothing more sexy and says come and seduce me like "mint green pajamas with puppy dogs." This is Emma's style. Yet, it works for her. Because in the end she does get the guy. 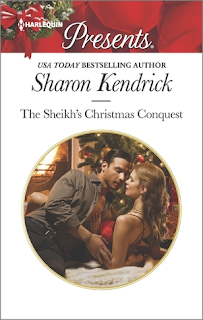 Summoned by the sheikh!

Sheikh Saladin Al Mektala isn't used to being disobeyed. Incomprehensibly, the woman he summoned to help his favorite mare, the best horse whisperer in the world, turned his generous offer down! So he takes matters into his own hands.

The snow is falling, the fire is roaring and the mince pies are in the oven when innocent Olivia Miller finds a darkly handsome and physically compelling man on her doorstep. The sheikh she dared to refuse is here to whisk her off to his kingdom, and this time he won't take no for an answer!

A passionate read for Christmas nights!

I have not read the first book in this series but that is ok as this book is a stand alone novel. This is another book that I have read recently where I found myself really into the storyline and the characters. Olivia takes the lead as a strong female but don't count Saladin out too quickly as he can dish it right back to Olivia as much as she can hash it out. Their chemistry was undeniable. Plus they kept the story entertaining with their comments. I would not mind being stuck in a cabin in the winter with someone like Saladin. Even though Saladin is rich, he never flatted it and was down to Earth. The Sheikh's Christmas Conquest is a fun, quick, steamy read.
Kimberly Van Meter Liz Talley Maisey Yates Sharon Kendrick