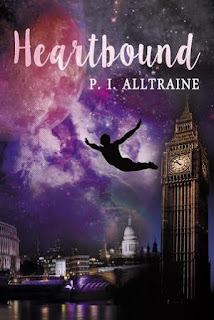 
Petyr has never found it necessary to consider the humans as anything more than distant, inferior beings–until now. They are the cause of the fatal disease that has plagued his realm, taking the lives of too many of his kind. As a future leader of a realm in peril, Petyr must find a way to resist and cure the affliction. He must enter the unfamiliar realm, appear to be an ordinary eighteen-year-old human, observe, and learn.

However, things don’t exactly go according to plan. Instead of embarking single-mindedly on his sober mission, Petyr meets an 18-year-old girl who does things to his emotions that he can’t quite fathom or control. Petyr is falling in love, and he almost forgets the gravity his choices have on his entire world. Despite the risk it poses to his life and hers, he wants to know her, and he wants her to know him–and his world.

This is one of those books that sounded really good. When I opened it up to read it. I found myself only sitting and reading one chapter at a time. I got to chapter four and then took a break from this book. When I came back to this book revived and ready to jump into it, I found that my feelings about this book had not changed from the first four chapters.

There was nothing exciting about Petyr's world or Petyr himself. Also, I did not feel the connection between him and Scarlett. I was trying to figure out what it was about this book besides what I already stated that made me struggle with this book and I realized it was comments like "This was also the day when I started to eat human food." "The cafeteria food was far from tolerable." I did not need a play by play of everything that Petyr was experiencing. Plus the lack of the story moving from talking to action was another issue. Overall, this book was not for me but it is not to say that this book might be some other reader's cup of tea.