Who is Another Woman's Daughter? 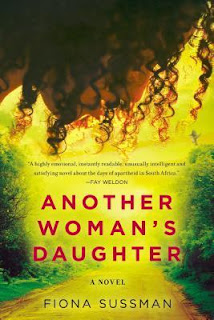 Set against the tumultuous background of apartheid South Africa, a powerful and moving debut about family, sacrifice, and discovering what it means to belong… Celia Mphephu knows her place in the world. A black servant working in the white suburbs of 1960s Johannesburg, she’s all too aware of her limitations. Nonetheless, she has found herself a comfortable corner: She has a job, can support her faraway family, and is raising her youngest child, Miriam.

But as racial tensions explode, Celia’s world shifts. Her employers decide to flee the political turmoil and move to England—and they ask to adopt Miriam and take her with them. Devastated at the prospect of losing her only daughter, yet unable to deny her child a safer and more promising future, Celia agrees, forever defining both their futures.

As Celia fights against the shattering violence of her time, Miriam battles the quiet racism of England, struggling to find her place in a land to which she doesn’t belong—until the call of her heritage inexorably draws her back to Africa to discover the truth behind her mother’s choices and uncover a heartbreaking secret from long ago…

If you had asked me if this was a debut book or not, I would never have guessed it was a debut novel by new author Fiona Sussman. This book reads like Ms. Sussman is a seasoned professional.

I instantly was captivated by the world locations of South Africa and England. Although I was more drawn to South Africa. Yet, I was drawn to both Celia and Miriam. Both women overcame adversity and became stronger for it. Although I must admit that I was not surprised by the missing part in Miriam's past. However I was not disappointed by the news when it was revealed. I can not wait to see what Ms. Sussman comes out with next. If you are looking for a new author to read than you have to pick up a copy of this book, you won't regret it.
Fiona Sussman