The Countess Captive and Giveaway 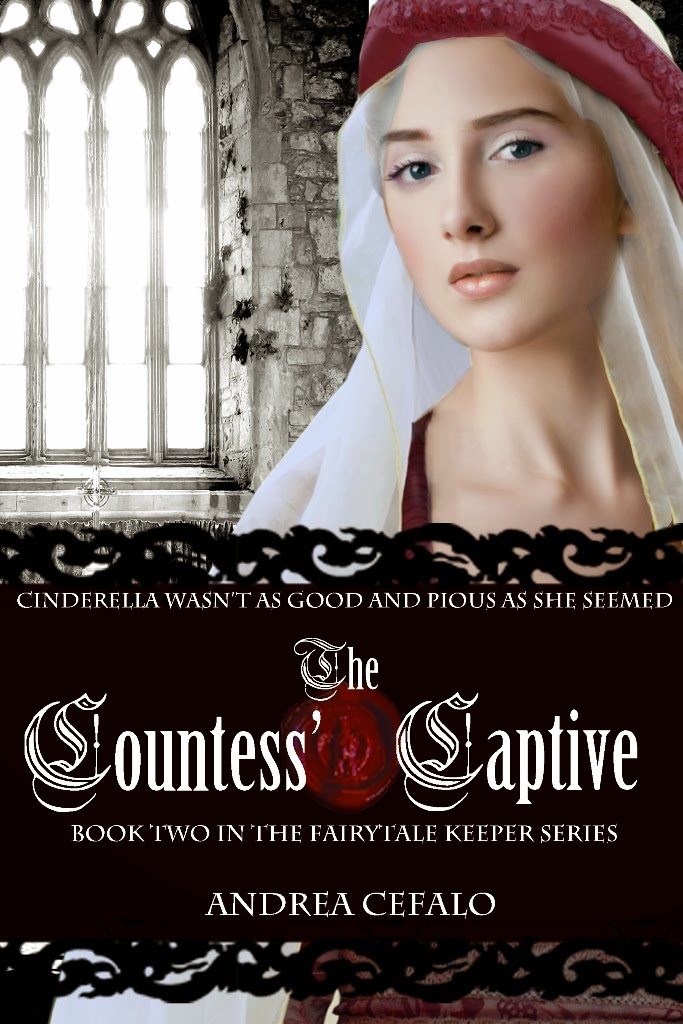 During March of 1248, Adelaide Schumacher-affectionately called Snow White-has lost so much: her mother, her possessions, and now her home.


Adelaide hates abandoning her home city, her family’s legacy, and her first love‒Ivo. More than anything, she hates her father growing closer to her mother’s cousin‒Galadriel. Adelaide plots to end their tryst before her fate is sealed, and she never sets foot in Cologne again.


The Countess’ Captive is the much anticipated follow-up to The Fairytale Keeper and is book two in The Fairytale Keeper series. The novel combines Grimm’s fairytale characters with real historical settings and events to create a tale that leaves the reader wondering where fact ends and fiction begins.

I thought this was a nice follow up book from the first, The Fairytale Keeper. I like this series. The way the author has approached this series is creative. In this book, Adelaide has really grown up and matured. She is a strong woman. I thought the way she handled Galadriel was great. I myself was not that fond of Galadriel. Although she was also another strong, intelligent woman. Galadriel and Adelaide were eventually matched in wits. Which they were the only ones that I found held the story together. This time Adelaide's father turned me off with his attitude. For me this time, I read the book and liked it but I was not in love with it like I was the first one. Yet, as I said before this series is different and I do want to read the next book.

Galadriel invites Adelaide to go visit the market in Oppenheim with her and Addie’s father, Ansel. It’s clear by Galadriel’s attire that she intends to play the role of Ansel’s wife. Addie sees this as yet another way Galadriel is trying to usurp her mother’s place.

"Adelaide…" Galadriel calls. I rise and throw open the door. "Oh, there you are."

"Where else would I be?" The dig in my question fades as I look her up and down. She’s traded her velvet for home–spun cloth, her golden hair for an opaque shroud. "Why are you dressed like a peasant’s widow?"

The welcoming warmth on her face quickly cools. "I was wondering if you’d like to see Oppenheim with us."

Us. Now they are an us? My flickering annoyance ignites, kindling rage. No, I should like to shout. No, I don’t care to see Oppenheim with you, you usurping traitor. I’ll never play daughter to you.

She knows this. She knows I haven’t the patience to bite my tongue. Surely she’d quite like me to go along with them and say something unpleasant, to put myself one step closer to a convent.

If only I could bite my tongue. I swallow hard.

Truly, I should go. Who else shall keep them from enjoying the day too much, from forming warm, bonding memories? Only I can do this, even in silence. I serve as a reminder of the life Father thinks he’s lost, though it isn’t utterly lost. He has abandoned it.

I resign with a sigh. I haven’t the will to stay silent.

Intro: Galadriel gives Adelaide advice so she can return to her father’s good graces, but Addie questions Galadriel’s motives. The two argue and Galadriel, realizing that Addie will never waver, threatens her.

"Tonight you shall join us for supper and be a cheerful, obedient daughter," Galadriel says. "Do that, and perhaps he’ll forget about the convent."

Her advice takes me aback. "Why are you helping me?"

She laughs. "It’s not out of any fondness for you." Her face saddens for a moment but quickly hardens. "I know you hate me…"

"You bedded my father a week after my mother’s death. You were her cousin!"

"It was not planned, you know." She looks away. "We had so much drink. I doubt we even knew…"

"Doubt you even knew what? What you were doing, or who you were with?" I give a short, wry laugh. "Well, I do not doubt that he hadn’t any idea of that either."

Her slap falls hard on my cheek. She draws back, and for a heartbeat, she eyes the hand that slapped me with shock. One of my hands darts to my smarted cheek, the other curls into a fist as we stand in heated silence. Her countess mask returns as quickly as it had faltered.

"What’s done is done, Adelaide, and I cannot undo it." Her voice is distant, almost sad. "I have tried to be kind to you. I came all the way back to Cologne to save you. I saved Gregor from you. I gave you a home when you had none, and I give you one still." A shadow darkens her fair face. "But if you want me to be a villain like the ones from your Mama’s tales, I will gladly rise to your expectations."

She comes close. Her voice lowers to a whisper. "You think me a fool, but you have no idea what you are up against with me. I know why you ran from the carriage. You had to warn your little peasant boy. Is there someone else besides us who knows he burned Cologne’s cathedral to the ground?"

Her words knock the air from my chest. "Ivo would never do such a thing," I lie.

She laughs. "Oh, if Konrad ever got his hands on you again! Your face paints quite the picture, you know. Are you always so easily read or only when it has to do with the peasant boy?"

"You don’t know what you’re talking about."

"Oh, but I do." Her voice is ice. "That night, I sat staring out the window as your Father slept off his drunken stupor. I had nothing else to do. And then I saw him. Your Ivo, he ran right below my window, panicked and covered in soot.

"So back to why I am helping you. I love your father, and he loves you. I know the pain of losing a child, and I wish to keep him from that. If you summon him this morning, it shall upset him. Seeing the welt on your head shall remind him of yesterday. Besides that, it is obvious you are well enough to join us. He will suspect you’re causing trouble again, and that may seal his decision to send you away. It would break his heart to do that, and his heart hasn’t yet mended from its last wound.

"I have offered you kindness, and you won’t take it." The soft, feminine angles of her features sharpen. "Now I offer you a warning. Keep up with your defiance against your father, and he will send you away, but if you defy me in the walls of my home, I swear I will write a letter to Konrad, telling him you confessed to me a horrific secret about how your Ivo burned the great cathedral of Cologne."

"And so what if I am? I am a countess, and he is a nobody. Who would Konrad believe?" She whirls around, heading down the hall, and adds without turning: "I think I shall have the letter written and kept in a safe place with a trusted person, just in case anything should happen to me." 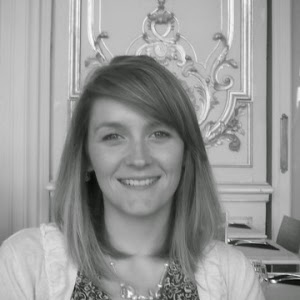 Andrea Cefalo is an award-winning author and blogger on Medieval Europe. The next three novels in The Fairytale Keeper series will debut in 2015 and 2016. She resides in Greenville, South Carolina with her husband and their two border collies. For more information please visit Andrea Cefalo’s website. You can also find her on Facebook, Twitter, and Pinterest.