THE GREAT LEADER & THE FIGHTER PILOT 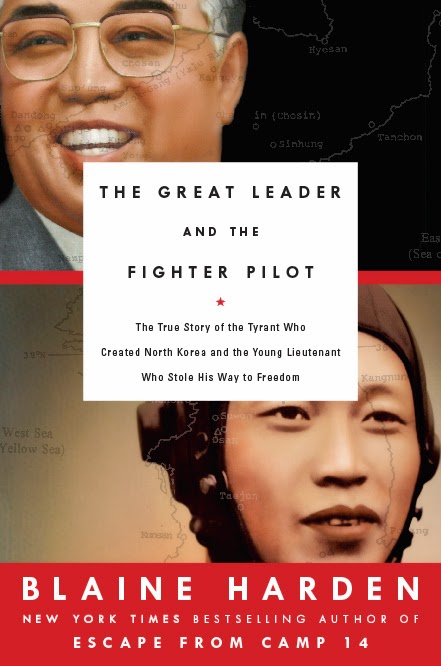 ABOUT THE GREAT LEADER AND THE FIGHTER PILOT:
As Kim Il-Sung ascended from Soviet puppet to godlike ruler and plunged his country into war against the United States, No Kum Sok noisily pretended to love his Great Leader. An elite fighter pilot and graduate of the North Korean Naval Academy, he escaped at the age of twenty-one by flying his MiG-15 out of North Korea and landed in Seoul on September 21, 1953, delivering the plane to the Americans, not knowing they were offering a $100,000 bounty for the warplane (the equivalent of nearly one million dollars today).  The theft—just weeks after the Korean War ended—electrified the world and incited Kim’s bloody vengeance.
Harden also sheds light on a seldom-discussed historical fact: during the Korean War, the United States brutally carpet-bombed North Korea, killing hundreds of thousands of civilians and giving the Kim dynasty the fact-based narrative it uses to this day to inspire hatred of the United States. This narrative, in the Kim family’s telling, also justifies North Korea’s isolation, poverty and its need for endless spending on military hardware.
Using new government documents found in Chinese and Russian archives about the role of Mao and Stalin in Kim’s shadowy rise, as well as No Kum Sok’s never-before-released U.S. government intelligence files, Harden gives us a heart-pounding escape adventure and an entirely new way to understand the world’s longest-lasting totalitarian state. 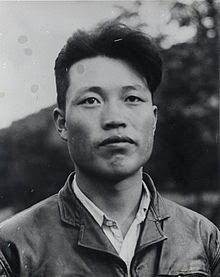 I absolutely fell in love with Mr. Harden's novel, Escape From Camp 14. It was a riveting read. I could not stop reading the book. So you could say I was excited and intrigued to read Mr. Harden's next novel. Why this book was not a one seat read like the prior novel, it was still a very great read. I like reading military books. Yet it seems that most of my reading is during the WWII time period. I am not that familiar with the Korean War. So this book was a good eye opener to this particular war.

As a Korean myself, I am so glad that I was born in South Korea and not North Korea. If I had been born in North Korea I now that I may not ever be here today. It is scary as I was reading this book just how under the radar Kim passed. Due to his young age. Even Stalin thought he was the puppet master. He was wrong. Kim was a ruthless leader, who only cared about himself.

No was a courageous man. I can not imagine the extreme pressure he went through living under Kim's rule while trying to find a better life outside of North Korea.

What I like the most about Mr. Harden's writing is that he gives you all of the facts and holds nothing back. So you get a history lesson with some very intriguing people that have a story to tell.


ABOUT THE AUTHOR:
BLAINE HARDEN is the author of Africa: Dispatches from a Fragile Continent; A River Lost: The Life and Death of the Columbia; and Escape from Camp 14: One Man’s Remarkable Odyssey from North Korea to Freedom in the West. Africa won a PEN American Center citation for first book of nonfiction. Escape from Camp 14 was both a New York Times and an international bestseller published in twenty-seven languages. Harden formerly served as The Washington Post’s bureau chief in East Asia, Eastern Europe and Africa. He lives in Seattle.