I want to thank Mr. Cory for sending me a copy of his book to review. 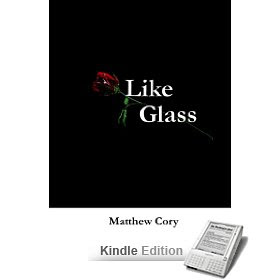 Rob Jackson and his brother William”Bill” have not had the closest of relationships with each other. In fact they have not spoken to each other in five years. To Rob five years is still not long enough. So you can imagine when the phone rang that Rob had plenty to say but what he didn’t expect was to hear a female’s voice on the other line crying. Janet, Bill’s widow calls Rob to tell him that his brother Bill is dead. Rob hops on the first plane out. Bill’s death brings bad a flood of memories both good and bad of times that Rob and Bill spent with each other. Rob can also remember the first time he met Janet and took her out on a date. Janet was the love of Rob’s life. Then something happened that would change Rob, Janet and Bill’s lives forever.

At first the story started out a little slow and it didn’t really flow for me but once I got father into the book, I was greatly surprised to find myself getting into a good rhythm and I mean a good rhythm as I finished this book in one sitting. Rob had the worst luck that I have known of someone; he not only lost the girl of his dreams to his brother of all people but then Rob has to confront Janet. Plus Rob got cheated out of ever getting the chance to see if he and Bill could mend their relationship and become brothers again. I felt bad for Rob but because I could feel a connection with him, it helped when Rob would act or say something because then I understand where he was coming from. Even though Bill was a jerk, I felt sorry for him that he might never get to experience true love due to his wild ways. I think Janet feel victim to loving two brothers. Overall I have to say that Like Glass is a pretty good first novel by author, Matthew Cory.
Matthew Cory

Anonymous said…
This book will be used for a Noontime Book Chat on the 15th of December through the 19th. Hope you will drop in and leave your thoughts when we are discussing this book!
November 9, 2008 at 7:18 AM

The Bookworm said…
This sounds like a good read, even if it did start out a bit slow.
great review!
http://thebookworm07.blogspot.com/
November 9, 2008 at 8:09 AM