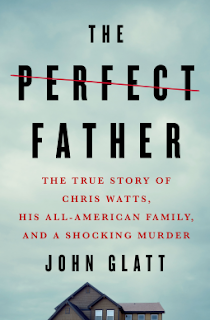 In The Perfect Father, New York Times bestselling author John Glatt reveals the tragedy of the Watts family, whose seemingly perfect lives played out on social media—but the truth would lead to a vicious and heartbreaking murder. In the early morning hours of August 13th, 2018, Shanann Watts was dropped off at home by a colleague after returning from a business trip. It was the last time anyone would see her alive. By the next day, Shanann and her two young daughters, Bella and Celeste, had been reported missing, and her husband, Chris Watts, was appearing on the local news, pleading for his family’s safe return.But Chris Watts already knew that he would never see his family again. Less than 24 hours after his desperate plea, Watts made a shocking confession to police: he had strangled his pregnant wife to death and smothered their daughters, dumping their bodies at a nearby oil site. Heartbroken friends and neighbors watched in shock as the movie-star handsome, devoted family man they knew was arrested and charged with first degree murder. The mask Chris had presented to the world in his TV interviews and the family’s Facebook accounts was slipping—and what lay beneath was a horrifying image of instability, infidelity, and boiling rage.In this first major account of the case, bestselling author and journalist John Glatt reveals the truth behind the tragedy and constructs a chilling portrait of one of the most shocking family annihilator cases of the 21st century.

It is kind of weird to want to give a book about a murder story five stars. Yet, I felt like the author really did a good job of recapping this horrible and sad story of how Shanann, Bella and Celeste lost their lives. I still remember hearing and reading about this case as I live in Colorado.

It was interesting to see how Chris went from being submissive husband and father to a cold, blooded killer. Yet, in a way; I think that years of Chris taking more of a silent role caused him to exploded. Only when his fuse went off, he killed his family. The worse part was how distant he was during the whole event from killing Shanann...loading her body into the back of the truck and his daughters riding in the back seat with their dead mother on the floor. To killing each of his daughters and dumping their bodies into toxic oil drums.

What blows my mind besides the murders was that his parents can go on believing that their son is innocent; despite the various different stories he has told them about the murders. The other aspect that I and others I am sure don't really think about is how a murder affects the detectives and police involved in the case. There were many that suffered PTSD and had to quit afterwards.