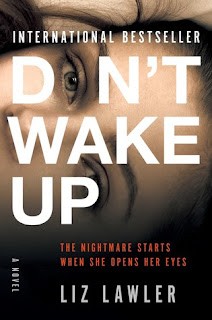 A harrowing psychological thriller debut about a woman who awakens after an assault with no physical proof of the attack and who must try to convince everyone of what really happened.

When Dr. Alex Taylor opens her eyes, she is hooked up to an IV, is bound to an operating table, and her legs are raised in stirrups. Disoriented and alarmed, she assumes she's been anesthetized and brought to surgery after being in an accident. But the man standing over her, with his face hidden behind a surgical mask and wielding instruments, is no doctor she recognizes at the hospital where she works as a successful and respected doctor. He’s a stranger—and he’s calmly and methodically telling her how he's about to attack her. Before Alex can even scream for help, she succumbs to another dose of anesthesia, rendering her unable to defend herself….

When she comes to on a gurney, she finds herself surrounded by her colleagues and immediately reports the attack and rape. The police are skeptical of her bizarre story. And after a physical exam reveals no proof of any attack, even her boyfriend has doubts. Despite Alex's adamant claims, no one believes her, leaving her to wonder if she has, in fact, lost her mind.

Until she meets the next victim…

An edge-of-your-seat psychological thriller, Don't Wake Up is also a provocative, timely exploration of victimhood, abuse, and the discrediting of women in our culture.


This is one of those slow burn psychological thriller reads. The opening scene is intense. It is one that will grab you and hold you. Some of that intensity did drop in the first half of the story but it picked back up again in the second half of the story. Yet, it was not enough to keep me from speeding through this book.

From the first moment, I felt for Alex. What she went through and was still going through afterwards. Her fiancé was supportive of her. Yet, her co-workers not so much. However, I can understand why as there was no evidence of any wrong doing to Alex. So in a way; she came off as mentally unstable.
The clues were given as little tidbits. Yet, I thought they were given nicely without giving away too much. I kind of didn't see the reveal until it happened. A good ending to a nice story.
Liz Lawler