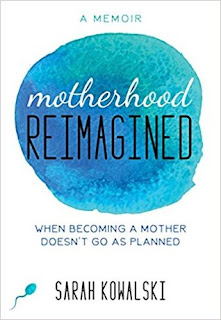 At the age of thirty-nine, Sarah Kowalski began to realize time was running out to have a baby. After grappling with what it meant to have a baby alone, she eventually realized that she'd always wanted a baby more than anything and decided to use a sperm donor--only to find out she was infertile. Thus began a year of hope and despair in which she fought the diagnosis, refusing to accept her doctor's suggestion that she move on to donor eggs. In the months that followed, Kowalski catapulted herself into a diligent regime of herbs, Qigong, meditation, acupuncture, and more in a futile attempt to improve her egg quality. It was only after facing the dormant self-doubt and self-hatred fueled by her body's inability to conceive that she was able to surrender her previous notions of what it meant to be a mother and embrace a path to motherhood that involved both egg and sperm donation. A story of personal triumph and unconditional love, Motherhood Reimagined reveals what's possible when we are willing to put down the version of motherhood we expected and embrace the unconventional. 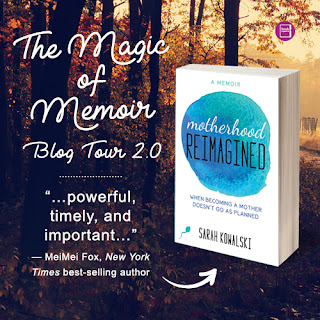 
I found this book to be personal and a wealth of knowledge. When I am reading a memoir I want the story that the author is sharing to be personal. The reason a reader read's a memoir is to get to know the subject matter either it be...a person, persons, or a specific topic. Author, Sarah Kowalski gives me all of this in this book.

I do not actively seek stories about motherhood or infertility but it just seems to me from the stories that appear that there are more stories about motherhood than there are infertility. This kind of makes sense as people want to read a feel good story than about people's struggles about infertility. It is more personal and people have to want to be willing to share. Personally, my husband and I have been married for fourteen years and we have no children. Originally, this was not be choice; yet as the years have passed, we have come to be fine with the idea of having no children. Although, we did consider getting tested and maybe looking into adoption. I was blessed to be adopted as was my sister. I am in my mid thirties, so if I did want to have a child now, I would have to consider the challenges that the author went through as an "high risk woman". Doctor's consider women in their thirties and older to be a higher risk.

In this book, the author shares everything from the struggles to get pregnant, sperm donor, fear of being a single parent, motherhood. For anyone who is struggling with infertility and is considering having a child, you should check this book out.