The Look of Love is a nice cozy mystery. It serves up a nice slice of mystery and intrigue. 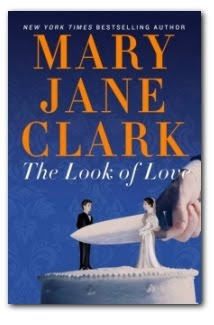 Piper Donovan is a cake maker. Piper receives a phone call from Jillian Abernathy. Jillian is the owner of Elysium, an exclusive spa. Jillian is getting married and wants Piper to make her wedding cake. Both Piper’s father and her good friend, Jack don’t think that Piper should take the job. It could be because someone does not want Jillian to get married. In fact, Jillian’s poor maid was the recipient of a face full of acid that was meant for Jillian. Despite all the warnings, Piper heads to Elysium.

The Look of Love is book two in the Wedding Cake Mysteries series. You do not have to read book one to jump right into this book. Piper is kind of like Nancy Drew. She always finds herself in the middle of trouble. One of the funniest moments was when Piper’s father a retired cop was sitting down with Piper going over the emergency kit, he had put together for Piper that included an acid protective apron, instructions on all the different acids and poisons there are and how to survive them.

I hope to see Piper and Jack’s relationship blossom more in the next book. They were separated in this book. I like Jack and think he is the perfect guy for Piper, though she does not want to admit it but I have a feeling she will sooner or later. The Look of Love is a nice cozy mystery. It serves up a nice slice of mystery and intrigue.
Mary Jane Clark