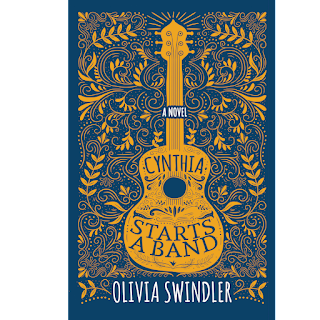 Eleanor Quinn lives a life most young girls dream of. She’s the lead singer of a wildly successful band, dating the most beautiful man in America, and in love with her life on tour. She pours her heart into every song she writes and genuinely enjoys connecting with fans. So, when she disappears after her fiance’s fairy-tale perfect proposal on stage, the world is shocked. Worse yet, he starts telling interviewers that Eleanor is crazy -- possibly even a danger to herself and those around her. As the weeks go by, the world wants to know: Who is Eleanor Quinn really?
But Eleanor needs to find that out for herself.
Broken and filled with self-doubt after the proposal, Eleanor embarks on a journey to regain agency in her life. She needs to reconnect with the Ellie Quinn underneath pop sensation “Eleanor Quinn.” Determined to find herself again, she moves in with her cousin in Seattle, picks a new name, and enrolls in a local university’s writing class. But she starts to realize that running away and starting over isn’t as easy as it seems in movies. Crushed by self-doubt and subconscious fears, ghosts from her past refuse to leave her alone. She realizes the only way forward is to share her version of the past.
Olivia Swindler’s debut novel embraces the values of family, empowerment, and healing and draws on the #metoo movement. Reminiscent of Evvie Drake Starts Over (Linda Holmes) and Searching for Sylvie Lee (Jean Kwok), Cynthia Starts a Band tells the story of starting over, discovering who you are when the world isn’t looking, and summoning the courage to be honest with yourself and the world.
My Review
I liked this book. It is what I would classify it as a "character" driven type story. Which in a way I did find a connection to the characters but also at the same time I didn't. It was kind of a weird feeling. The characters and I were on the "causal" acquaintance level. What I mean by this is that at times I was feeling them and but at other times, they all seemed to merge together as one voice and face.
Yet, when it came to the story, it did feel like there was two distinct sides to Eleanor/Cynthia. There is the side of fame and fortune as Eleanor and then there is the side where Cynthia can be her "true" self. Reading both sides, I really felt for Eleanor/Cynthia. It is a grimy world behind the glitz and glamour. With people who are not looking out for the person's best interest. In a way, you could say that Eleanor/Cynthia was heading down the path of Britney Spears. Luckily, Eleanor/Cynthia was able to break free.
While, I struggled at times to stay in the moment and connected with the characters, I did still like this book and would read another one by this author.
Buy links:
Amazon:
B&N:
ABOUT THE AUTHOR:
Olivia Swindler was raised in Spokane, Washington but currently resides in Grenoble, France, as the Communication Coordinator for Young Life in Europe. She spends most of her spare time wandering through the mountains and eating her weight in bread.
Olivia believes that through fiction we can learn and grow from one another because there is something magical about picking up a book and allowing it to transport you someplace new. Cynthia Starts a Band is her debut novel. She hopes it will create and foster hard, real-life conversations, inspiring readers to have the courage to discover who they are when the world isn't looking. 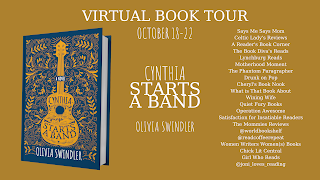