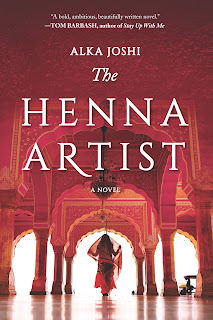 BOOK SUMMARY:
After fleeing an arranged marriage as a fifteen year old to an abusive older man, Lakshmi Shastri steals away alone from her rural village to Jaipur. Here, against odds, she carves out a living for herself as a henna artist, and friend and confidante to wealthy, upper caste women. Surviving by her wits and talents, she shares her knowledge and keeps their secrets in a delicate balancing act amid the changing 1950s social mores brought about by Indian Independence. Vulnerable to opinion and innuedo, at any point her intentions might be misunderstood, and she could fall prey to a damaged reputation or worse. Still Lakshmi manages to save to build a house with the dream of bringing her aging parents here to live with her and redeem herself in their eyes. Then one day her ex-husband arrives in town seeking her out with a girl in tow, a sister she did not know she had. Her sister is both passionate and reckless by nature, and all of a sudden the caution that Lakshmi has carefully cultivated is threatened, along with her livelihood. But she preseveres, and in doing so manages to lift up the others around her with her success.

Lakshmi's tenacity and spirit see her join the ranks of other brave women of historical fiction, such as Farough Farrokhzad in Jasmin Darznik's Song of a Captive Bird.With gorgeous prose and urgent themes, the novel will captivate readers of Shobha Rao's Girls Burn Brighter, and those who seek a narrative both compelling and necessary. 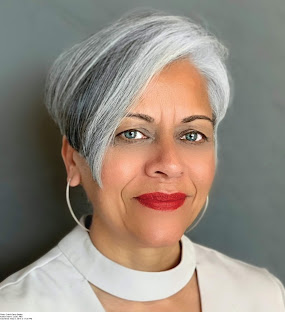 BIO:
Alka Joshi is a graduate of Stanford University and received her M.F.A. from the California College of the Arts. She has worked as an advertising copywriter, a marketing consultant, and an illustrator. Alka was born in India, in the state of Rajasthan. Her family came to the United States when she was nine, and she now lives on California's Monterey Peninsula with her husband and two misbehaving pups. The Henna Artist is her first novel. Visit her website and blog at thehennaartist.com

clarabenet90@gmail.com said…
Bookbub is the best marketing for your book. Try to be flexible with the promotion date. Ask them for any suggestions to improve. Also, having 100+ reviews helps. Try usabookreviewers.com for more reviews If I can interest you in a book trailer, let me know. I can do 1 for free !
March 12, 2020 at 8:31 AM