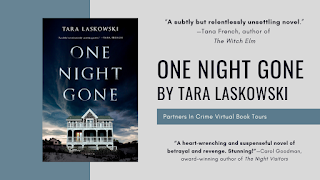 “A subtly but relentlessly unsettling novel.” —TANA FRENCH, author of The Witch Elm

It was the perfect place to disappear…

One sultry summer, Maureen Haddaway arrives in the wealthy town of Opal Beach to start her life anew—to achieve her destiny. There, she finds herself lured by the promise of friendship, love, starry skies, and wild parties. But Maureen’s new life just might be too good to be true, and before the summer is up, she vanishes.

Decades later, when Allison Simpson is offered the opportunity to house-sit in Opal Beach during the off-season, it seems like the perfect chance to begin fresh after a messy divorce. But when she becomes drawn into the mysterious disappearance of a girl thirty years before, Allison realizes the gorgeous homes of Opal Beach hide dark secrets. And the truth of that long-ago summer is not even the most shocking part of all…

“A heart-wrenching and suspenseful novel of betrayal and revenge. Stunning!” —Carol Goodman, award-winning author of The Night Visitors

“Featuring a brilliantly executed dual timeline with two unforgettable narrators, One Night Gone is a timely and timeless mystery that will keep you obsessively reading well past your bedtime.” —Paul Tremblay, author of The Cabin at the End of the World

I have to admit that in the beginning, I was not that interested in this book. In fact, I put it down after getting about a third of the way in and not recalling much. I came back to this book and started again. It was like a different side of this book. This time I was invested in the story; especially Maureen's disappearance.

The past kept my interest far greater than the present. It was kind of easy to see where this story was going. I was not wrong to a point. There was this twist that I did not even see coming. The latter half of this book is where it really got intense. Everyone from Allison to Maureen to Tammy; Maureen's best friend were engaging.

If you are looking for a good mystery book to read with good characters and a few twists to a high note ending, you need to ick up a copy of this book today. One Night Gone will have you loosing your night away reading this book. 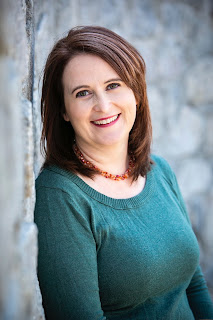 
TARA LASKOWSKI is the award-winning author of two short story collections, Modern Manners for Your Inner Demons and Bystanders, which was named a best book of 2017 by Jennifer Egan in The Guardian. She has had stories published in Alfred Hitchcock’s Mystery Magazine, Mid-American Review, and the Norton anthology New Micro: Exceptionally Short Fiction, among others. Her Ellery Queen’s Mystery Magazine story, “States of Matter,” was selected by Amy Hempel for the 2017 Best Small Fictions anthology, and her short story “The Case of the Vanishing Professor” is a finalist for the 2019 Agatha Award. Tara was the winner of the 2010 Santa Fe Writers Project’s Literary Awards Prize, has been the editor of the popular online flash fiction journal SmokeLong Quarterly since 2010, and is a member of Sisters in Crime. She earned a BA in English with a minor in writing from Susquehanna University and an MFA in creative writing from George Mason University. Tara grew up in Pennsylvania and lives in Virginia. One Night Gone is her first novel.

This is a rafflecopter giveaway hosted by Partners in Crime Virtual Book Tours for Harlequin and Tara Laskowski. There will be 1 winner of one (1) copy of One Night Gone (print). The giveaway begins on September 23, 2019 and runs through October 6, 2019. Open to U.S. and Canada addresses only. Void where prohibited.