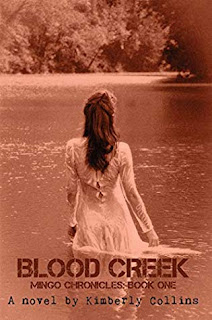 KNOXVILLE, Tennessee – After listening to stories dominated by the male heroes of the coal mines, Kimberly Collins tells the formerly untold story of the women of Appalachia in Blood Creek (Blue Mingo Press, October 8, 2019), the first book of The Mingo Chronicles. In her second novel, Collins dives into the lesser known mine wars of the early 20th century, taking the reader on a journey through an uprising. Coming from a long line of strong and independent women, Collins looks at the uprising from the perspective of the women who fought for more than what they were given.
Collins’ perspective is a unique one. Not only is she inspired by history, but she’s inspired by her own family’s part in it. Drawing from her powerful family tree, Collins has countless women in her life with stories as thrilling as those about the male relatives in her family, if not more so. For Collins, it’s time for these stories to be told. My Review I thoroughly enjoyed this book. You could call this book a great surprise. It surprised me in how much I really enjoyed everything from the characters to the storyline. Ms. Collins really brought to life this story. The heroine is Ellie.
She faced many difficult adversities. Yes, with each one she came out stronger and with more fight. I felt for Ellie. She just wanted to be loved but she fell for the wrong men. Yet, I was behind Ellie the whole time as her cheerleader.
For readers who like time period stories; this book is for you as well. I was instantly, transported back in time. Reading this book was not just a book but an exciting journey in time with engaging characters.
Kimberly Collins is the author of two novels, most recently Blood Creek, which is the first in the Mingo series. Collins grew up in Matewan, West Virginia, the home of the Hatfield & McCoy feud and the legendary Matewan Massacre. She loves the mountains, the river, the people, and the history. Collins is busy working on several projects including the Mingo series, short stories, photography, and dabbling in other creative endeavors. In 2017, she co-wrote her first screenplay for a short film, which premiered at the Knoxville Film Festival. For more information about Collins and her work, visit https://www.bluemingopress.com/


More about Blood Creek
“She always wanted more than she had. Would it ever be enough?”
In 1912 West Virginia, starving coal miners are arming themselves and threatening to strike. Wealthy coal operators have hired the Baldwin-Felts Detective Agency to protect their fortunes and crush the rebellious miners by whatever means necessary—no matter how violent. Long-smoldering resentments are about to erupt into one of the largest armed insurrections in US history: The West Virginia Coal Mine Wars.
In the midst of this powder keg atmosphere, Ellie Cline arrives in Charleston on the arm of John Havers, a top lieutenant to Tom Felts himself. Ellie becomes the envy and talk of Charleston high society. Young, breathtaking, and, as the gossips whisper behind her back, a kept woman. Ellie doesn’t mind the gossip. She adores being the center of attention. She loves the parties, the fine dresses, the jewelry. This is the life she always believed she deserved. Could it at last be enough?
But Ellie has a past—and secrets. A husband on the run for killing her lover. A baby daughter living with her cousin back in Matewan. A new lover she sneaks into her bed while Havers is away. And her biggest secret of all—
Ellie is a spy.
Uniquely positioned to know the battle plans of both sides, Ellie straddles two worlds—the sparkling, high society life of Charleston and the family roots that still twine deep into the coal dust of Matewan. Now Ellie must choose between luxury and loyalty, between escape from drab small town poverty and love for her family.
“Kimberly Collins’s compelling novel revisits a tumultuous period in American history through a colorful cast of characters.” — Foreword Clarion Reviews 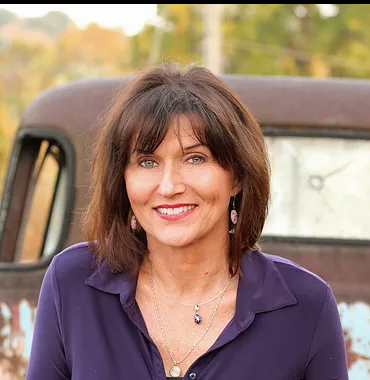 
Appalachia is a colorful tapestry of stories, people, natural beauty, hardship, and grit. Growing up, I was always captivated by the tales of the mountains, the miners, the hauntings. However, as an adult, I hear gross misconceptions and see so many caricatures of the place I call home, that I can’t not write about Appalachia to help set the story straight. My hope is that through the art of storytelling I can bring the magic of Appalachia to readers everywhere.
The beauty on the cover is my niece, Natalie Harmon Caple-Shaw. Natalie is the great-granddaughter of Tom Chafin (a key character in Blood Creek). We took over 1000 photos (in the river, on the railroad tracks, in the mountains) during a weekend photo shoot in Mingo County. The cover photo is Natalie in the Tug River, depicting the scene of Ellie in the river, which hadn’t been written when the photo was taken. Any story about Mingo County wouldn’t be complete without the Tug River, which has been as much a force in the lives of the people in Mingo County as the coal.
Coal and the mine wars have always been a man’s game. The stories I heard growing up were focused on how the men fought the battle. However, my great-grandmother and other women were as instrumental in the fight as the men. The women fought tooth and nail to keep their families fed and alive. Additionally, Mother Jones was a force to be reckoned with during the mine wars. The Mingo Chronicles weaves the fierceness and intelligence of Appalachian women against the backdrop of a masculine world and an uprising.
I think people tend to have a negative perspective of Appalachia that is not accurate; therefore, they tend to pass over stories about the area. Which is unfortunate for them, because Appalachia has an untapped wealth of stories. Fiction can change those perspectives and the narrative from one of impoverished, ignorant hillbillies to one of a people rich in history and fortitude. The best way to learn about people and their lives, why they stay in certain situations, why they do the things they do, is through story.
My writing is raw and gritty (and sometimes dark). I like to feel the dirt on my feet when I’m writing. I don’t think any story needs to have a happy ending. Life doesn’t serve up happy endings for everyone. My writing, at least my character development, is influenced by Tennessee Williams and Stephen King, whose characters linger with you for a long time like an old friend … or familiar monster.