Confessions of a Plastic Surgeon 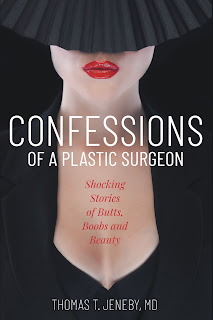 Not only does Dr. Jeneby invite readers into his busy practice, but he also “virtually” invites them into the operating room where he has embraced the cutting-edge marketing phenomenon of “live sharing” his surgeries on social media, in the form of Facebook Lives, Snapchat, and Instagram Stories.

• from the sanctuary of his on-site operating room doing a pre-dawn breast augmentation with his signature adjustable or “gummy bear” implants,

• to his fast-paced consults where he sizes up a potential patient’s mental health because he’s not just going to give someone want they want until he’s convinced that the patient understands exactly what he/she is getting into; (Guys, you may think you want a penis enlargement, but maybe you really just need a little afﬁrmation),

• through the moment-by-moment maze of managing his women-only staff,

• back to his roots, his family, and how he got to be where he is today…and so much more! • You’ll also hear from some of his raving fans, as well as victims of domestic abuse, both of whose lives have been transformed because of Dr. Jeneby’s expertise.


PRAISE “In this book, Tayf Jeneby, MD, takes the reader behind the scenes into the mind, heart and soul of a busy plastic surgery practice. I can promise you, after reading this book, you will never think of plastic surgery quite the same way again.”             - Isaac L. Wornom III, MD, FACS, Richmond Plastic Surgeon

My Mom’s Bold Move and Success is the Best Revenge
By Dr. Thomas T. Jeneby
My parents were from the Southwestern part of Turkey, so we’re mostly Kurdish. My mother’s father, my grandfather, was a diplomat and sent her to the U.S. for school when she was 14. She had her first degree, a Bachelor of Science in biology, by 16. By 19, she had a Master’s in Biology from Georgetown University, where she was offered a scholarship to stay and pursue graduate work towards a PhD in molecular biology.
My mom is the smart one of the fam.
She started but had to interrupt her studies to return home and marry my father in a prearranged marriage. My father was finishing his OB/GYN studies. I was born, followed by my sister a year later.
How do we get from there to here? I guess you could blame it on my diarrhea, hyperbilirubinemia, and jaundice. My mother was scared that something was gravely wrong with me. She was concerned that if I developed major problems, that I was going to have serious, lifelong medical issues.
She knew the care I could get in the US was the best in the world, and she would not have to worry about my diarrhea. She also knew the education we’d receive would be number one.
“I’m leaving,” she told my father. She boldly took my sister and me—with just $400 in her pocket—back to Washington, DC, where she knew I could get the best treatment. She tackled this challenge with incredible courage, strength, and risk, because now she was a single mom in the U.S. What balls!
My health issue resolved itself quickly. Today, Mom recalls, “I was scared for him when he was young. I knew in the U.S. he could get vaccines and see American-trained pediatricians.”
Nutrition and care were my cure, thankfully, and that freed her to restart her PhD—this time with two little kids crawling all over her papers.
We lived with Uncle Abdullah Alarif, the sweetest uncle ever, who took care of us. Our grandmother, Bibi, who didn’t know any English, came over after a year and helped Mom. Bibi was a super kind woman with really thick, calloused feet.
We were this little family with one mom, an uncle, and a grandmother, all living in a small house. All I knew was happiness. We entertained ourselves by playing outside, and we had a ball. We didn’t have a lot of money. No iPhones, iPads, or video games.
We didn’t even have enough money for a Big Wheel; we had to share one with a friend. We were just scraping by; spending money on clothes was not a priority for our mom.
As a result, my sister Resha and I wore cheap clothes, such as low-budget Toughskins jeans while other kids were wearing pricier Levi’s.
“Look at Tayf with the Toughskin jeans!” one girl from a prominent family taunted with her sing-songy voice. I felt terrible!
Once people started making fun of my clothes—while they were wearing Izods and Polos and high-end clothes, I thought, “Someday I’m gonna blow it out and have everything I want, so no one ever talks to me like this again!”
It was a big problem, and it triggered me to dream big. I mean, I was nine years old, wishing for a Lamborghini. So, I listened to my mom about how education would lay the foundation for a good life, and nothing was going to distract me from making it big someday.
Fast forward several years…
Remember the Toughskins we used to wear?
Well, when I returned for my 10-year high school reunion, I wanted to show everybody--especially those jerks who had teased me--that I had made it, and that I’d made it BIG!
So, I wore an Armani suit. Custom suits were part of my life by then.
I was on a mission to find the girl from the political family who used to tease me and make me feel terrible. When I found her, she took one look at me, gasped, and exclaimed, “Holy F! Is that you?”
I played it cool. “What’s up? What’s up?” I wanted to say: Check me out, man! No more Toughskins! But my suit said it all for me. Success is the best revenge!
Adapted from Confessions of a Plastic Surgeon: Shocking Stories About Enhancing Butts, Boobs and Beauty (Atkins Greenspan, September 2019) 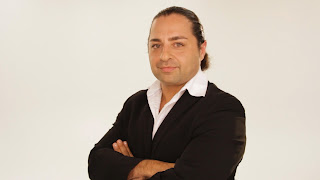 He has been featured as San Antonio’s "Best of" since 2007 and operates in his prestigious Joint Commission Accredited Operating Room. He currently holds state medical board licenses in Texas, Arkansas, California, Pennsylvania, and Florida. Dr. Jeneby obtained his medical degree from the Medical College of Virginia (Virginia Commonwealth University) in Richmond, Virginia where he graduated in the Top 10% of his class and was Honor Society President (AOA).

ENOUGH WITH THE FORMALITIES, Dr. Jeneby is an eccentric, joke-telling, long-haired, outspoken, attention-grabbing clothes- and cowboy boot-wearing, son of Turkish immigrants. He does many of his cosmetic surgeries live on Facebook, Instagram and Snapchat, with very small pieces of tape covering up anything that would make the videos “inappropriate.” He curses, he jokes, and he’s a hell of a surgeon.

AND HE HAS A COMPASSIONATE HEART. Each month, Dr. Jeneby donates funding and surgical expertise to the Family Violence Prevention Services, Inc. in San Antonio, in the form of free reconstructive surgery to battered women, and to The Wounded Warrior Project to help injured and disfigured soldiers. A portion of the proceeds from his book will go toward these charities. Dr. Jeneby has been featured in Newsweek, Cosmopolitan, S.A. Scene in the “Best Plastic Surgeons” issue, as well as multiple appearances on local and national shows such as Inside Edition.

Mystica said…
The account of the plastic surgeon sounds intriguing.
October 3, 2019 at 9:29 PM