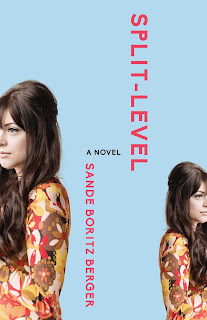 For young wife and mother, Alex Pearl, the post-Nixon 1970s offers pot parties, tie-dyed fashions, and the lure of the open marriage her husband wants for the two of them. Alex is a painter, stifled but loyal, and when she realizes just how far her husband's eye has begun to wander, she's faced with difficult choices about what marriage and family mean, and whether an "open" lifestyle mimicking communal living might be for her. Yearning for both greater adventure and intimacy, yet fearful of losing it all, Alex must figure out the truth of love and fidelity—at a pivotal point in American marriage. Sande Boritz Berger was a scriptwriter and video producer for Fortune 500 companies. She holds her MFA in writing and literature from Stony Brook Southampton College, where she was awarded the Deborah Hecht Memorial prize for fiction. Her short stories have appeared in Epiphany, Tri-Quarterly, Confrontation, and The Southampton Review, as well as several anthologies. She has written for the Huffington Post, Salon, and Psychology Today. Her debut novel, The Sweetness, was a Foreword Reviews
IndieFab finalist for Book of the Year and was nominated for the Sophie Brody award from the ALA. Berger and her husband live in NYC and often escape to the quiet of Bridgehampton.  Visit her at www.sandeboritzberger.com.
An Interview with
Sande Boritz Berger
The post- Nixon era was a time of great change, a shake up of sorts when people who took their government and maybe even lives for granted and then everything shifted, which created instability and mistrust. During the period of transition it felt as though people were walking on sand. The changes affected families, marriages, jobs and our country’s future.
The differences are strong mostly because of the support women now feel with other women...making us more cohesive and less fearful to ask for what we want and to express what we can not accept: the unacceptable. Also women are filling the jobs once had mostly by men...today there are more female lawyers, doctors, professors and government officials than ever before. In the 70’s we were mostly dreamers I think...waiting to have our special moment of self-fulfillment. Guilt was involved, especially if we had children. Many of us had mothers who had sacrificed their own dreams...we might have asked: what gives me the right to go off and do my own thing?
To me, having grown up in the suburbs of Long Island, I felt the Split-Level style home symbolized suburbia and the similar home structure that both divided and brought together family members. And the word “split” is often used when couples and relationships go through a break- up.
The truth is...I’d always written, even when I was a producer for 20 years, I’d take workshops hoping to improve my craft, to publish etc. As I got older the realization that I had these stories to tell began to take up a lot of space in my brain. So, I closed my company and entered an MFA program where luckily I was exposed to amazing writers who encouraged me to write.
I hope they will seen that marriage is and has always been challenging as there is so much juggling and for women especially much gets put on hold...sometimes for many years, sometimes, forever. Also, that love and marriage is not a panacea for happiness. As women we have to make our own happiness. It never comes and taps you on the shoulder.
Sande Boritz Berger