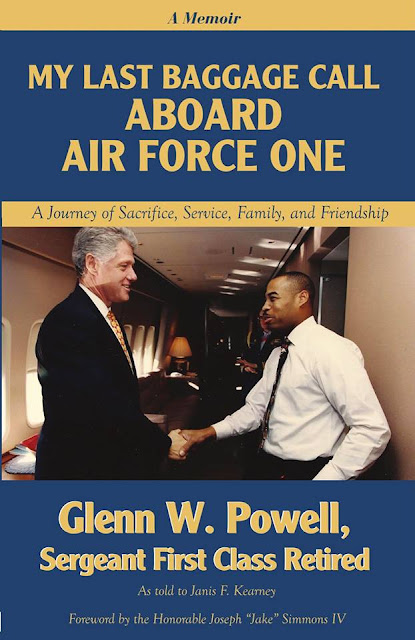 SFC Powell was born and raised in Toledo, Ohio. He says his real-life journey began in 1982 when he bypassed his high school graduation to join the U.S. Army. That journey would take him from Fort Dix, New Jersey, to Manheim, Germany where he met Ronda Holloway, a young, beautiful soldier and fellow Ohioan, who has been his wife and soulmate for 25 years.

Powell’s poignant and inspiring story includes both, his own memories, and memories from some 50 white house colleagues, family members and lifelong military buddies who enriched his life, and made an indelible impact on his journey. SFC Powell’s story is that of a restless young man who grew up in a working-class environment with ample opportunities to journey down the wrong path. Yet, thanks to his childhood village –the many role models whose lives exemplified the best in American values—made all the difference in his journey.

Except for that “village,” of his childhood, Glenn believes his story might have had a different ending. The hardworking citizens living purpose-filled lives, served as a buffer against the discontent and civil unrest plaguing the rest of world. The centerpiece of that village, Glenn says, was his parents who, while they never lived under one roof, both loved him unconditionally.

Margaret Powell was a young single working mother, and a constant reminder of the importance of working toward excellence at one’s chosen career. She would become Kroger Stores’ first African American manager. His father, a prominent entrepreneur in the Toledo area, would remain a constant in Glenn’s life until the end.

Glenn says these lessons sustained him throughout his journey – from the pampered child, to the responsible teen, to the ambitious young soldier, to the doting husband and father; and the loyal and “never say never” Sergeant and aide to the President of the United States of America.

“My Last Baggage Call Aboard AF1” chronicles a most amazing journey that magically transformed Glenn Powell’s life, and so richly impacted those who knew him.

Glenn W. Powell was a featured speaker on The Christian Authors on Tour TV Show. Hosted by Leroy Mckenzie Jr. and Lynn Pinder. Watch the CAOT TV replay of the interview: https://youtu.be/1OfUReG_VAk


I was very looking forward to reading this book. Well, I did like this book but thought and felt that it was on the "slim" side. What I mean by this is that Mr. Powell flew by the timeline in warp speed from his childhood to his time in the military to what it was like serving President Bush, Clinton, and Bush Jr.

What I did get is Mr. Powell's opinion that he really liked President Clinton and enjoyed his time with him. As expected the Bush's treated everyone like family. In regards, to this book being a memoir of sorts; it was a nice one. However, the purpose that I read memoirs is because I really want to get to know the person whom I am reading about. As I stated previously, this book felt light on details. The chapters were only about two to three pages each at most. Therefore, this was a quick read. 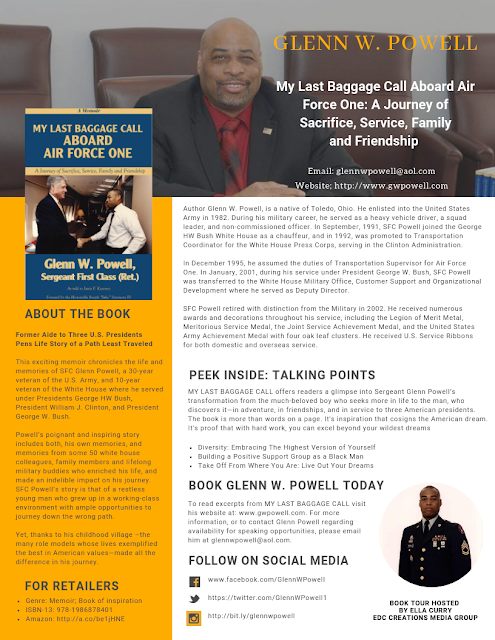 Shortly after I turned 18, I enlisted in the army. Around that time, I learned that the young woman I’d been dating was pregnant, so going into the army would be an opportunity to provide for my child. The army sent me to Fort Dix in New Jersey for boot camp training on April 22, 1982. It was the perfect enlistment site for me.

Because of the popular television show, Dallas, I had in mind that I wanted to go to Fort Hood, Texas and meet JR Ewing. Not only did I meet Larry Hagman, the actor who played JR, but I also met the entire cast at one of the big Dallas malls. That was in the 80s when the networks spent money to have cast members show up to greet their fans, and when fans could easily get a photo with the stars. Meeting JR had been on my mental bucket list. Later I learned that “Klinger” from Mash and Danny Thomas were both from Toledo, and so I added them to the list.

In 1983, I re-enlisted and chose Hawaii as my next army stint. There for 18 months, I’m convinced that the Hawaii move helped me look long and hard at myself and my future. In Hawaii, I decided I needed to better myself. I enrolled at the Wahiawa Community School for Adults and got my high school diploma. My mother was so disappointed when I didn’t graduate from high school, so I did it as much for her as for myself.

My long transportation management career began in Wahiawa. I was one of a large number of applicants who applied for a temporary mission of driving for the Sergeant Major for the division. He was the senior enlisted man at the post. I beat out the other candidates for that position. Later, I drove for the one-star general at the post. After that, I returned to my unit and worked as the battalion mail clerk until he left in 1985. While there, I met friends and mentors who would help me decide on my career journey. That same year, I was asked to re-enlist, and First Sergeant Herbert Harris became a lifelong mentor and friend. Sergeant Harris recommended that I choose Fort Eustis in Newport News, Virginia for my re-enlistment. I remained at Fort Eustis from April 1985 until January 1988.

I became a squad leader, and for the next six months, I managed a squad of truck drivers in and around the base. After that, I was set on transportation becoming my specialty, but my career trajectory changed some when I was appointed to head up NCO Training, where I was responsible for the training of 270 soldiers.

Around this time, I met First Sergeant Fletcher Walker. He was sent in to straighten out our company, and he did just that. He would stand up at the top of the stairs with his hat covering his eyes, but looking down at us. Sergeant Walker was a ‘soldier among soldiers,’ an airborne paratrooper, a Vietnam Veteran who had been shot three times. There was no one more surprised when he chose me to run the training.

I knew he had high expectations, and I was determined not to disappoint him. He was the kind of leaders for whom soldiers would fight and die. He was a true hero who taught me how to be a soldier and a man. He shared a lot about life with me. I imitated him in many ways so much that everyone would call me “Baby Walker.” I met his family and it was an honor. He retired as a Command Sergeant Major.

© 2017 All rights reserved. Book excerpt reprinted by permission of the author, Glenn W. Powell. Do not reproduce, copy or use without the author’s written permission. This excerpt is used for promotional purposes only. 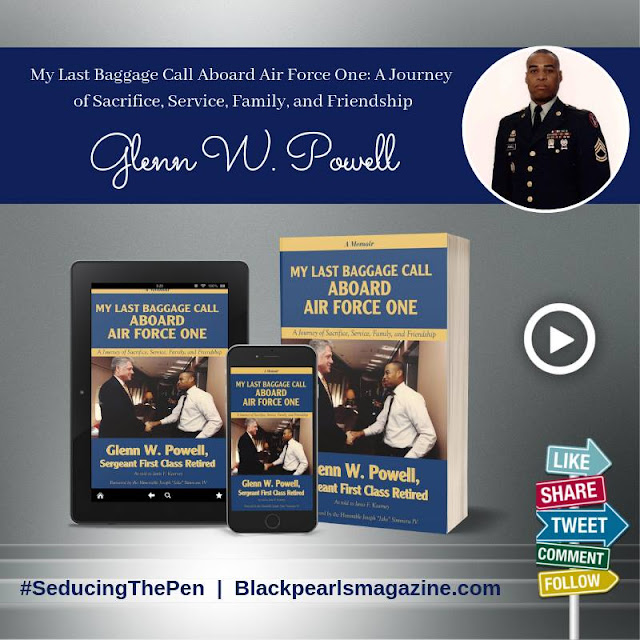 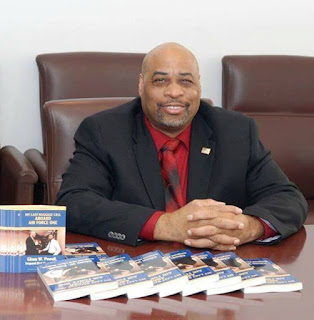 Sergeant First Class Glenn W. Powell (Retired) is a native of Toledo, Ohio. He enlisted into the United States Army in 1982 and retired in 2002. During his military career, he served as a heavy vehicle driver, a squad leader, and non-commissioned officer.

In September 1991, SFC Powell joined the George HW Bush White House as a chauffeur, and in 1992, was promoted to transportation coordinator for the white house Press Corps, serving in the Clinton Administration.

In December 1995, he assumed the duties of transportation supervisor for Air Force One.
In January 2001, during his service under President George W. Bush, SFC Powell was transferred to the White House Military Office, Customer Support and Organizational Development where he served as deputy director.

SFC Powell retired with distinction from the Military in 2002. He received numerous awards and decorations throughout his service, including the Legion of Merit Metal, Meritorious Service Medal, the Joint Service Achievement Medal, and the United States Army Achievement Medal with four oak leaf clusters. He received U.S. Service Ribbons for both domestic and overseas service.
Glenn and Ronda Holloway Powell have been married for 25 years, and have three sons, Darius, Warren, and Glenn, II. They reside in Virginia.

His latest book is My Last Baggage Call Aboard Air Force One: A Journey of Sacrifice, Service, Family and Friendship. 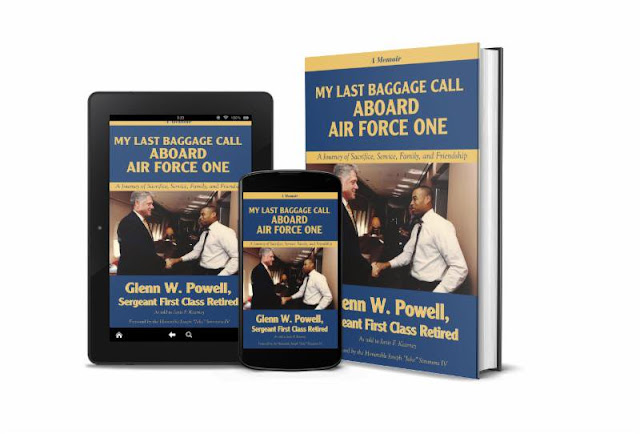