Who Are You, Trudy Herman? 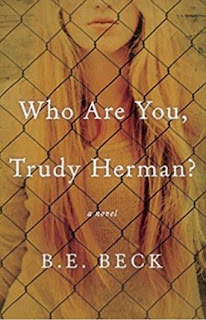 As a little girl, Trudy Herman is taught to stand up for truth by her much-loved grandfather. Then in 1943, Trudy’s childhood drastically changes when her family is sent to a German-American Internment Camp in Texas. On the journey to the camp, Trudy meets Ruth, who tells her and her friend Eddie the legend of the Paladins―knights of Emperor Charlemagne who used magic gifted to them by the heavens to stand up for virtue and truth. Ruth insists both Trudy and Eddie will become modern-day Paladins―defenders of truth and justice―but Trudy’s experiences inside the camp soon convince her that she doesn’t have what it takes to be a knight.

After two years, her family is released from the camp and they move to Mississippi. Here, Trudy struggles to deal with injustice when she comes face to face with the ingrained bigotries of the local white residents and the abject poverty of the black citizens of Willow Bay. Then their black housekeeper―a woman Trudy has come to care for―finds herself in crisis, and Trudy faces a choice: look the other way, or become the person her grandfather and Ruth believed she could be?

I liked this book. I did share a connection with the characters in this story. Where it was concerned in regards to Trudy and her family; I liked how they stayed bonded no matter how dire the situation they found themselves. Trudy really had to grow up fast. It was sad the things she witnessed. Yet at the same time it was sad that Trudy's innocence was lost.

As the story progressed, I did become more invested in it as well as Trudy and her family. I liked the author's writing style. Ms. Beck does bring life to her characters and the story. A very easy read. I would read another book by this author.