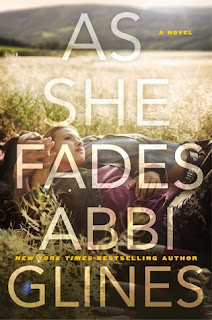 On the night of her high school graduation, Vale McKinley and her boyfriend Crawford are in a terrible car accident that leaves Crawford in a coma. They were supposed to spend the summer planning for college, for a bright future full of possibility. Together. Instead, Vale spends long days in the hospital, hoping Crawford will awaken.

Slate Allen, a college friend of Vale's brother, has been visiting his dying uncle at the same hospital. When he and Vale meet, she can't deny the flutter of an illicit attraction. She tries to ignore her feelings, but she's not immune to Slate's charm. Slowly, they form a cautious friendship.

Then, Crawford wakes up . . . with no memory of Vale or their relationship. Heartbroken, Vale opts to leave for college and move on with her life. Except now, she's in Slate's territory, and their story is about to take a very strange turn.

I did like this book. As far as the targeted reader audience, I thought it did work. This book kind of made me think of a Nicholas Sparks novel. Although, not as "sappy". Not that "sappy" isn't good. What I liked about this book is that it was not "sappy" or the characters not filled with tons of drama.

Vale and Slate were good. At first I thought I was going to not like Slate. Just like Vale, I thought he was going to be a big player. Yet, the more I got to know him, the more I liked him. He had heart and was genuine. Vale was nice as well but a bit more on the reserved side. However, the more time that she spent with Slate; this changed. Vale became more confident and learned to live again. As far as Vale and Crawford were concerned, I didn't feel like Vale was cheating with Slate. There was not a lot of mention about their relationship as a couple prior to the accident.

This book did make me want to check out other books by this author. This book is worth a try.