The New Trail of Tears 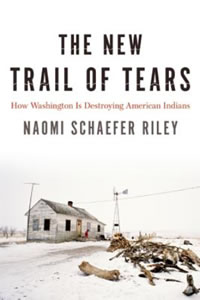 If you want to know why American Indians have the highest rates of poverty of any racial group, why suicide is the leading cause of death among Indian men, why native women are two and a half times more likely to be raped than the national average and why gang violence affects American Indian youth more than any other group, do not look to history. There is no doubt that white settlers devastated Indian communities in the 19th, and early 20th centuries. But it is our policies today—denying Indians ownership of their land, refusing them access to the free market and failing to provide the police and legal protections due to them as American citizens—that have turned reservations into small third-world countries in the middle of the richest and freest nation on earth.

The tragedy of our Indian policies demands reexamination immediately—not only because they make the lives of millions of American citizens harder and more dangerous—but also because they represent a microcosm of everything that has gone wrong with modern liberalism. They are the result of decades of politicians and bureaucrats showering a victimized people with money and cultural sensitivity instead of what they truly need—the education, the legal protections and the autonomy to improve their own situation.

If we are really ready to have a conversation about American Indians, it is time to stop bickering about the names of football teams and institute real reforms that will bring to an end this ongoing national shame.

I have no knowledge of what life is really like living on the reservation. I only know what I have read in history books and what my mom has told me about her experiences growing up around some Indians.

I like reading about true stories or people. Therefore I was interested in reading this book. While I did find it to be an interesting read at times it did read a little stiff for me with not a lot of moment. I don't disagree on what our National has done to the American Indians is terrible but reading this book, it did seem that how they live now is not all the product of the past. It seemed that some of it has to do with how the American Indians choose to life their lives that has caused the outcome of some to live in deplorable conditions. This book is a table read. One that can be brought up as a conversation piece. Because there is so much to take in and the fact that I did not always find myself engaged, I had to take a break from this book and come back to it. Although, I am glad I checked this book out. 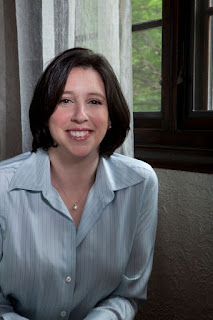 Naomi Schaefer Riley is a weekly columnist for the New York Post and a former Wall Street Journal editor and writer whose work focuses on higher education, religion, philanthropy and culture. She is the author of six books, including, The New Trail of Tears: How Washington Is Destroying American Indians, out from Encounter this summer.
Her book, ‘Til Faith Do Us Part: How Interfaith Marriage is Transforming America (Oxford, 2013), was named an editor’s pick by the New York Times Book Review.
Ms. Riley’s writings have appeared in the Wall Street Journal, the New York Times, the Boston Globe, the LA Times, and the Washington Post, among other publications. She appears regularly on FoxNews and FoxBusiness and CNBC. She has also appeared on Q&A with Brian Lamb as well as the Today Show.
She graduated magna cum laude from Harvard University in English and Government. She lives in the suburbs of New York with her husband, Jason, and their three children.