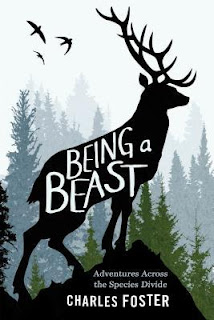 How can we ever be sure that we really know the other? To test the limits of our ability to inhabit lives that are not our own, Charles Foster set out to know the ultimate other: the non-humans, the beasts. And to do that, he tried to be like them, choosing a badger, an otter, a fox, a deer, and a swift. He lived alongside badgers for weeks, sleeping in a sett in a Welsh hillside and eating earthworms, learning to sense the landscape through his nose rather than his eyes. He caught fish in his teeth while swimming like an otter; rooted through London garbage cans as an urban fox; was hunted by bloodhounds as a red deer, nearly dying in the snow. And he followed the swifts on their migration route over the Strait of Gibraltar, discovering himself to be strangely connected to the birds.

A lyrical, intimate, and completely radical look at the life of animals—human and other—Being a Beast mingles neuroscience and psychology, nature writing and memoir to cross the boundaries separating the species. It is an extraordinary journey full of thrills and surprises, humor and joy. And, ultimately, it is an inquiry into the human experience in our world, carried out by exploring the full range of the life around us.

I was very intrigued to check out this book when I read the concept of it. I mean this is dedication when an author goes all out to really submerse himself into the subject matters that he is writing about. I don't doubt for one bit that Mr. Foster really did eat a warm or drinking double espressos every couple of hours to attempt to experience what it is like to be an otter. As Mr. Foster states being a otter is like being on speed.

I contemplated giving up on this book after reading just about being an animal and then reading a long discussion about badgers, I was about done with this book. Yet on the other hand I was intrigued by the wealth of knowledge about the different animals and their relationship to humans. What made this book cumbersome to read for me was that it read a lot like a scientific medical journal. Useful information but it can also be tedious to read. So for the rest of the book I kind of skimmed bits of information here and there, which for me it made the book easier to read. Although at times I still did need to take breaks. I have learned a lot more about badgers, otters, foxes, deer, and swift then I ever did before.
Charles Foster