THE SECRET LANGUAGE OF STONES

Nestled within Paris’ historic Palais Royal is a jewelry store unlike any other. La Fantasie Russie is owned by Pavel Orloff, protégé to the famous Faberge, and is known by the city’s fashion elite as the place to find the rarest of gemstones and the most unique designs. But war has transformed Paris from a city of style and romance to a place of fear and mourning. In the summer of 1918, places where lovers used to walk, widows now wander alone.
So it is from La Fantasie Russie’s workshop that Opaline Duplessi now spends her time making trench watches for soldiers at the front, as well as mourning jewelry for the mothers, wives, and lovers of those who have fallen. People say that Opaline’s creations are magical. But magic is a word Opaline would rather not use. The concept is too closely associated with her mother Sandrine, who practices the dark arts passed down from their ancestor La Lune, one of sixteenth century Paris’ most famous courtesans.
Opaline does have a rare gift even she can’t deny.  It’s a form of lithomancy that allows her to translate the energy emanating from stones. Certain gemstones, combined with a personal item, such as a lock of hair, enable her to receive messages from beyond the grave. In her mind, she is no mystic, but merely a messenger, giving voice to soldiers who died before they were able to properly express themselves to loved ones. Until one day, one of these fallen soldiers communicates a message—directly to her. 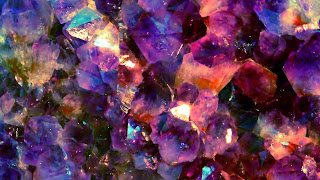 I am a fan of this author. I have enjoyed reading her books for years. This new series is great. Although, I have not read the first book, The Witch of Painted Sorrows. I did not feel like I missed anything by not having read the first book, yet I want to go back and read it after finishing this one.

I was instantly drawn to Opal and her talent to create beautiful talisman where she is able to communicate with the dead. Besides this, I was really drawn to the story as a whole. With the time period and Opal's attraction to one particular talisman. Opal may not have a voice that speaks loud but when she does talk, she is to be heard. The ending was a great one. I finished this book in a few short hours. The Secret Language of Stones is a beautiful journey in time that you won't want to miss. 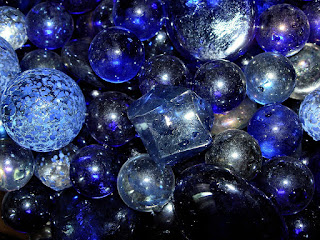 It was their lives that needed protecting. France had lost so many, and still the war dragged on. So as I fused the cages, I attempted to imbue the metal with an armor of protective magick. Something helpful to do with my inheritance. Something I should have known how to do. After all, I am one of the Daughters of La Lune.

But as I discovered, the magick seemed to only make its way into the lockets I designed for the wives and mothers, sisters and lovers of soldiers already killed in battle. The very word “locket” contains everything one needs to know about my pieces. It stems from old French “loquet,” which means “miniature lock.” Since the 1670s, “locket” has been used to describe a keepsake charm or brooch with a personal memento, such as a portrait or a curl of hair, sealed inside, sometimes concealed by a false front.

My lockets always contained secrets. They were made of crystal, engraved with phrases and numbers, and filled with objects that had once belonged to the deceased soldiers. Encased in gold, these talis- mans hung on chains or leather. Of all the work I did, I found that it wasn’t the watches but the solace my lockets gave that proved to be my greatest gift to the war effort. 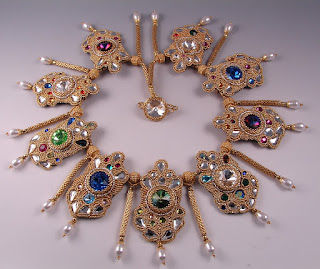 M.J. ROSE grew up in New York City mostly in the labyrinthine galleries of the Metropolitan Museum, the dark tunnels and lush gardens of Central Park and reading her mother's favorite books before she was allowed. She is the author of more than a dozen novels, the co-president and founding board member of International Thriller Writers, and the founder of the first marketing company for authors: AuthorBuzz.com. She lives in Greenwich, Connecticut.
M.J. Rose