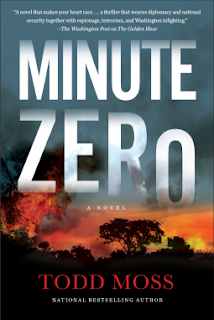 ABOUT THE BOOK: In MINUTE ZERO, State Department crisis manager Judd Ryker is suddenly thrown into a quickly developing emergency in Zimbabwe, where a longtime strongman is being challenged for the presidency. Rumors are flying furiously: armed gangs, military crackdowns, shady outside money pouring in, and, most disturbing for the United States, reports of highly enriched uranium leaking into the market. And that's all before Ryker even lands in the country. It gets much worse after that. If he can't get control, shape his Minute Zero, a lot of people are going to die--not least of all himself.
ABOUT THE AUTHOR: Todd Moss is vice president and senior fellow at the Washington think tank the Center for Global Development, and an adjunct professor at Georgetown University. In 2007-2008, he served as deputy assistant secretary of state in the Bureau of African Affairs, where he was responsible for diplomatic relations with sixteen West African countries. Moss lives in Maryland . 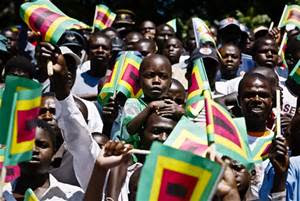