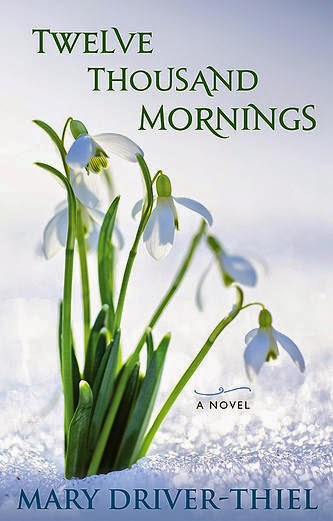 Wealthy Anne Bennett is left widowed and penniless after her husband's firm is involved in financial fraud. In shock and forced to leave her home, she has few friends to turn to and few options for financial security. Estranged from her two adult daughters, she nevertheless accepts an invitation, or perhaps a challenge, to stay with her younger daughter, Sylvia, in Michigan. While helping Sylvia renovate an old house, Anne finds new friends and a new life, but with guilt, grief and the ghost of tragedy shadowing her every step, she must come to terms with her past in order to navigate her future.

I have not read the first book The World Undone, yet this book can be read as a stand alone novel. In the beginning, I was not sure about this book. Anna's sister and her family were mean. Anna's husband, Henry was a jerk. So glad that he did not last long in the story. So with most of the characters that I was introduced to early into the story being so unwelcome, I was not sure if I could stick with this book. Besides, Anna was also meek. Yet, I stuck with the book because I wanted to give it another chance hoping it would get better as it did sound good. I am happy to report that the book does get better.

For me the real story started when Anna went to see her daughter, Sylvia. While, again I did not warm up to everyone right away, I did like the dynamics of Anna and Sylvia better than Anna and her sister. Besides as the story moved along, Anna grew stronger and turned into a butterfly. I liked Anna's other daughter, Callie. The relationship involving Anna and her two daughters was real. It was not all sweet like honey. There was fighting, words said but when it was all said and done, Anna's relationship with her daughters was stronger than ever.

Mary Driver-Thiel holds a B.A. in Fine Art and a Master of Arts in Teaching. Her short stories have been published in various literary magazines, most recently Alfie Dog (alfiedog.com), Epiphany (epiphmag.com), and Halfway Down the Stairs (halfwaydownthestairs.net). She is a member of Off Campus Writers Workshop and The Writers of Glencoe, and she is founder and facilitator of Forest Writers' Group in Lake Forest.

The World Undone was short-listed for Chicago Writers' Association Book of the Year in 2013 and was in the top 10 for the Illinois Author Project 2013.

Her second novel, Twelve Thousand Mornings, will be released in early 2015.

Driver-Thiel lives in the Chicago area with her husband, Jerry, and Woki, the Wonder Dog.