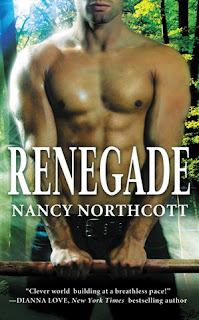 This well-written book has all you’d want to keep you reading: great plot, hot men, sexy women and a total misunderstanding which may result in the death of one of the men. A world of mages and ghouls awaits you in Renegade.


Valeria Banning was nearly a match for her predecessor. Griffin Dare was a convicted murderer and ex-Sheriff of the Collegium. He knew self-defense, magic, how to make love (oh, yes he does!!) and how to do nearly anything except get his death sentence revoked. He has supporters, among them the Chief Medical Doctor of the group, now hopefully, the current Sheriff.

Someone on the High Council is working with the ghouls against the mages. It has to be true because the ghouls always know when to run and many mages are being killed in the battles. Who?