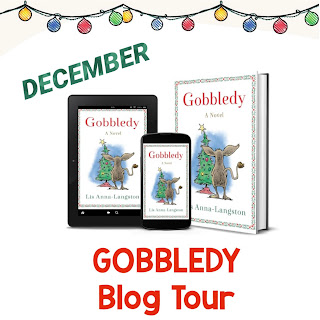 Ever since eleven-year-old Dexter Duckworth and his brother, Dougal, lost their mom, everything has been different. But “different” takes on a whole new meaning when, one day just before Christmas (or Kissmas, as they call it), Dexter finds a golden rock in the forest that hatches into an adorable alien. Gobbledy is smarter than he seems and is lost on planet Earth. Before long, Gobbledy takes Dexter, Dougal, and their best friend Fi on an adventure of friendship, family, and loss—one that requires them all to stay out of trouble, protect Gobbledy from a shadowy group called the Planetary Society, and prepare for their school’s Winter Extravaganza Play, where Dexter has to be a dreaded Gingerbread Man.

This is a cute, holiday read. It can be read and enjoyed by readers of all ages but I have to admit that I felt like this book would be better appreciated by the younger reading audience. I know like my niece would probably get a kick out of reading this book.
I like that Dexter and his brother, Dougal called Christmas "Kissmas". Kids make stories so much better. With the loss of their mother; Dexter and Dougal needed the holiday spirit. Therefore, it was nice that they met Gobbledy. Although, their father did a great job of trying to keep up traditions for the boys.
Despite, the fact that I did like this book, I found myself having trouble getting into the story in the beginning. However, it was about the halfway point that the story did pick up for me and the reading went faster. Gobbledy will warm your heart and put a smile on your face. 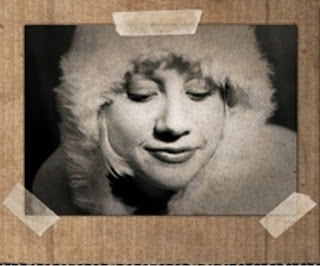 Lis Anna-Langston is a 2020 NYC Big Book Award winner, a Parents' Choice Gold Book Award winner, a Moonbeam Children's Book Award winner and the Dante Rossetti First Place Award winner for YA Fiction. She is the author of Tupelo Honey, Skinny Dipping in a Dirty Pond and the short story collection, The End of the Century. Born in the South she loves writing about misfits, screw ups, outlaws and people who generally don't fit into nicely labeled boxes. She loves zany, wild rides and is the recipient of many awards including; a two time Pushcart nominee, a five time WorldFest winner, Telluride IndieFest winner, Helene Wurlitzer Grant recipient, New Century Writers winner, a finalist in the prestigious William Faulkner Competition, & Second Place Winner of the Thomas Wolfe Fiction Award. She writes Young Adult, New Adult and Middle Grade novels and loves every second of it. 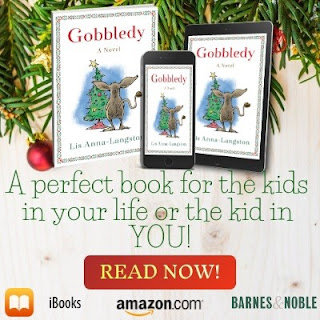 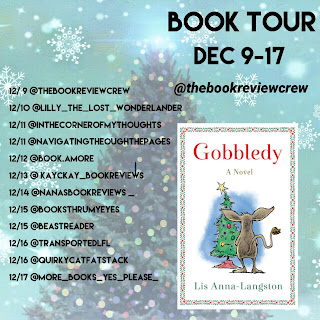