There Will Be Bears 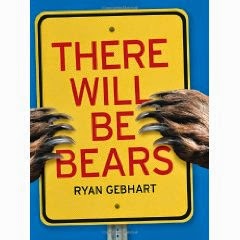 Tyson is determined to hunt an elk, even if it means sneaking his grandpa out of a nursing home,in a debut novel sparked with dry wit and wilderness adventure.

Thirteen-year-old Tyson loves hanging out with his roughneck Grandpa Gene, who's a lot more fun than Tyson's best friend, Brighton. These days, Bright just wants to be seen with the cool jocks who make fun of Tyson's Taylor Swift obsession and dorky ways. So when Grandpa Gene has to move to a nursing home that can manage his kidney disease, Tyson feels like he's losing his only friend. Not only that, but Tyson was counting on Grandpa Gene to take him on his first big hunt. So in defiance of Mom and Dad's strict orders, and despite reports of a scary, stalking, man-eating grizzly named Sandy, the two sneak off to the Grand Tetons. Yes, there will be action, like shooting and dressing a six-hundred-pound elk. Is Tyson tough enough? There will be heart-pounding suspense: is Grandpa Gene too sick to handle the hunt, miles away from help? And, oh yes, there will be bears. . . .

This book is a roaring, bear, good time! I read it in a matter of a few short hours. It was that fun to read. I loved Tyson and Grandpa Gene. They were like Starsky and Hutch. They made a entertaining, good pair. The "pruning scene" was funny. I have drank prune juice before but never a full jug of it. I can imagine the horror and pain that Tyson and his grandfather were in on top of the white throne. Of course, I can not write my review without mentioning the hunt. It did not disappoint me. The hunt was good but the bear meet with Sandy, the big bear was scary. However not scary enough to give younger readers nightmares.
Ryan Gebhart