The Farm is an acid, roller coaster ride! 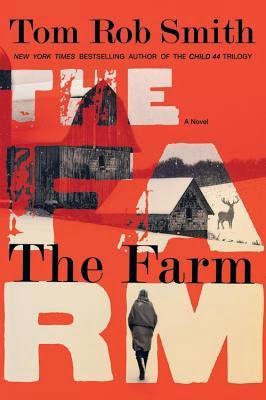 The FarmIf you refuse to believe me, I will no longer consider you my son.

Daniel believed that his parents were enjoying a peaceful retirement on a remote farm in Sweden. But with a single phone call, everything changes.

Your mother...she's not well, his father tells him. She's been imagining things - terrible, terrible things. She's had a psychotic breakdown, and been committed to a mental hospital.

Before Daniel can board a plane to Sweden, his mother calls: Everything that man has told you is a lie. I'm not mad... I need the police... Meet me at Heathrow.

Caught between his parents, and unsure of who to believe or trust, Daniel becomes his mother's unwilling judge and jury as she tells him an urgent tale of secrets, of lies, of a crime and a conspiracy that implicates his own father.

I can remember reading Child 44. This is when I knew that Mr. Smith was going to be big in the book world. When this book arrived, I got excited. This book sounded good but first I had to finish a few books before jumping in. However I can tell you that I never thought I would enjoy this book as much as I did. I read this book in 1 day. I would have finished it in a matter of a few hours if "life" did not get in the way.

This book does give Dennis Lehane's Shutter Island a run for its money. The Farm is an acid, roller coaster ride! It will mess with your mind in a good way. The story that Daniel's mother told him was hard to believe in the beginning. However as the story progressed, I was memorized but her tale. It was hard to tell where fiction and reality merged. All I could think about as I was reading this book is how awesome this book will be if and when it gets picked up for a movie.