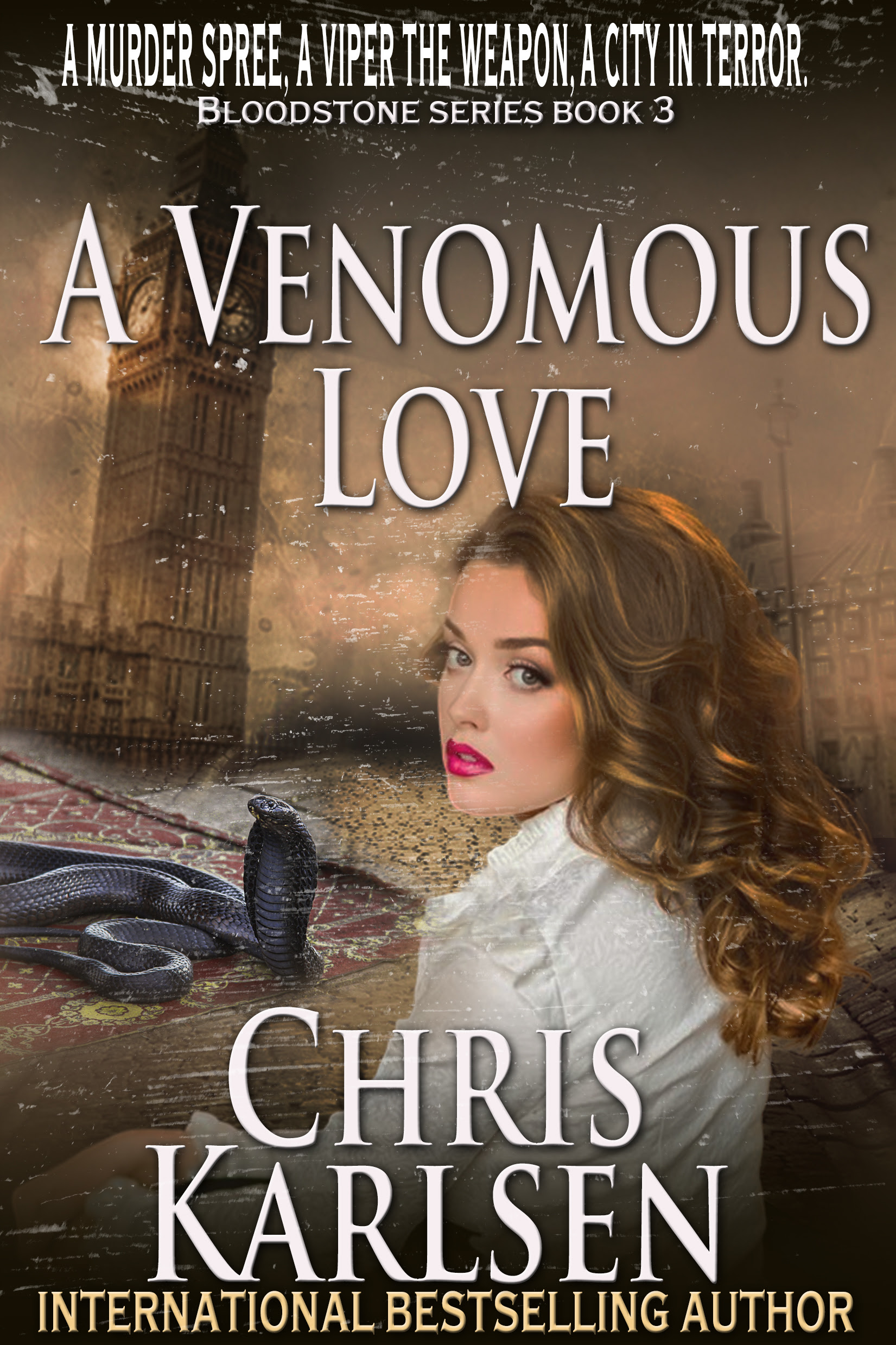 A veteran, Detective Rudyard Bloodstone has fought a brutal battle and witnessed war horrors that haunt his nightmares. Now one of those horrors has followed him home from Africa.

A vicious predator, the Cape cobra, can kill a man in thirty minutes. A suspect using the snake as a weapon in robberies is terrorizing London.

When the crimes escalate into murder, a victim’s daughter, Honoria Underhill, becomes the focus of the killer. After several attempts on her life, Scotland Yard threatens to take over the high profile case. With few leads to follow, Bloodstone and his partner must now fight department politics and catch the killer before Underhill becomes another murder victim.


This is the second book I have read in this series. I started with book two. So, you can say that I literally jumped right into this series. Detective Bloodstone is an engaging person. The way he thinks and works to solve a case is nice.

To be honest, I don't quite remember Detective Bloodstone's partner, Detective Holbrook in the prior novel. If he was in the story, I guess he did not make an strong impression on me. I say this because this time around I did notice the dynamics between the two Detectives. It was nice. They worked well together.

The story itself was fine. There was intrigue. The time period as rich in the fact that I was transported back in time. Yet, in regards to the suspense; I can honestly say that I did figure out who was behind the attacks and their motives before the reveal. However, this is still a book that mystery fans including cozy mystery readers alike would enjoy.

Puzzled, Ruddy asked, “You say the body is still in the chapel? Couldn’t the nurse bring an exam table to put him on and start treatment?”
“She did. Young and I attempted to help but he suffered violent convulsions. Because the hospital is for children, they don’t have restraints. The head nurse instructed us to leave him back on the floor. She was afraid he’d fall off the table.”
“Makes sense.” The timeframe of Underhill’s death didn’t make sense. At minimum it usually took an hour and more often, hours for the venom to kill. A horrible thought occurred to Ruddy. What if it was a different suspect with a different lethal snake? “But he died while you were still here?”
“Yes. He convulsed brutally hard a few more times and an excessive amount of drool came out his mouth. Then he lost consciousness. A nurse put a blanket over him and a pillow under his head. He died as she was making him comfortable.”
“Strange. This is abnormally fast even for cobra venom.” Flanders stepped up on Ruddy’s right. “What is it, constable?”
“Shall I leave you to start my search?” Flanders asked.
“Yes. Collect anything, and I mean anything, you find that looks out of the ordinary,” Archie told him. “This case is so unusual we can’t be sure what is important and what isn’t.”
The nurse led them to the curtained-off bed. Honoria Underhill lay on her side softly sobbing. Her legs were curled up so she fit on the short bed meant for a child. The nurses had covered her with a blanket. When she saw Ruddy and Archie, she sat up and swung her legs down to the side of the bed.
“Yes. We know this is traumatic for you but we need to ask you to repeat what happened with as much detail as you can recall,” Ruddy told her.
“I understand.” Her shoulders trembled. She buried her fists in her skirt and kept her head down as she fought to control her emotions.
Ruddy brought the conversation back to the crime. “Did the suspect say anything when he attacked?”
“’A pretty little damsel, worth a pretty risk,’ he said as he rushed toward us. Then he leapt at me with the snake in hand inches from my face. Father pushed me out of the man’s reach and stepped between us. My father tried to knock the man’s hand away and swatted at the animal.”
She dabbed at her nose again and then offered the handkerchief back to Archie who waved off the return. “It happened so fast,” Honoria continued. “In the time it took me to blink, the snake’s throat blew outward, like a fan opening.” She demonstrated the action with her hands. “A second later it lunged and struck.”
***
Excerpt from A Venomous Love by Chris Karlsen. Copyright 2020 by Chris Karlsen. Reproduced with permission from Chris Karlsen. All rights reserved. 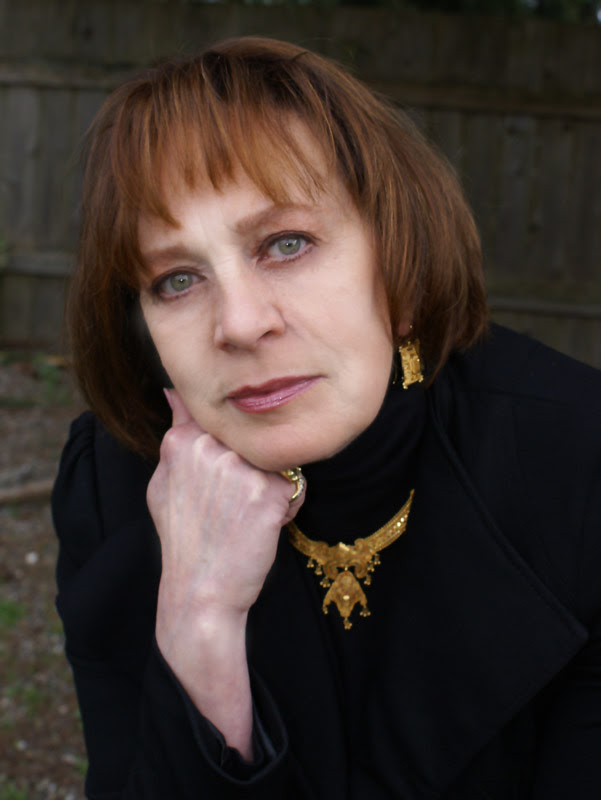 I was born and raised in Chicago. My father was a history professor and my mother was, and is, a voracious reader. I grew up with a love of history and books.
My parents also love traveling, a passion they passed onto me. I wanted to see the places I read about, see the land and monuments from the time periods that fascinated me. I’ve had the good fortune to travel extensively throughout Europe, the Near East, and North Africa.
I am a retired police detective. I spent twenty-five years in law enforcement with two different agencies. My desire to write came in my early teens. After I retired, I decided to pursue that dream. I write three different series. My paranormal romance series is called, Knights in Time. My romantic thriller series is Dangerous Waters. The newest is The Bloodstone Series, which is historical suspense with romantic elements. Each series has a different setting and some cross time periods, which I find fun to write.
I currently live in the Pacific Northwest with my husband and four wild and crazy rescue dogs.

This is a rafflecopter giveaway hosted by Partners in Crime Virtual Book Tours for Chris Karlsen. There will be Three (3) winners. One (1) winner will receive an Amazon.com Gift Card and Two (2) winners will each receive A Venomous Love by Chris Karlsen (eBook). The giveaway begins on April 1, 2020 and runs through May 2, 2020. Void where prohibited.

Chris Karlsen said…
I want to thank Cheryl's Book Nook for the lovely review and for featuring A Venomous Love.
Chris K.
April 11, 2020 at 8:46 AM