Seduced by a Steele 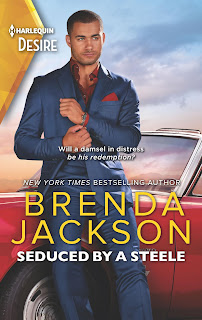 About SEDUCED BY A STEELE:
New York Times bestselling author Brenda Jackson brings you a brand-new story in the Forged of Steele series. Perfect for fans of the popular Westmoreland series and readers of passionate contemporary romances!

A notorious heartbreaker is about to meet his match…Will a damsel in distress be his redemption?
When the “thief” caught driving his stolen vintage car turns out to be a stunning runaway heiress, Mercury Steele is conflicted. On the one hand, Sloan Donahue, penniless and on the run from her tyrannical family, triggers the billionaire playboy’s protective instincts. But she also triggers red-hot desire. Mercury refuses to think his simple seduction is becoming something deeper, especially when Sloan is keeping secrets… 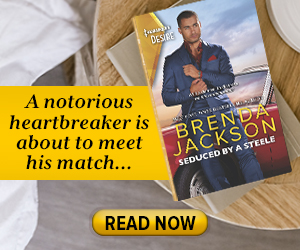 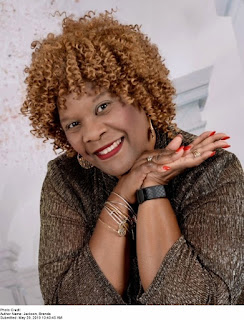 About Brenda Jackson:  Brenda Jackson is a New York Times bestselling author of more than one hundred romance titles. Brenda lives in Jacksonville, Florida, and divides her time between family, writing and traveling. Email Brenda at authorbrendajackson@gmail.com or visit her on her website at brendajackson.net.

Excerpt, SEDUCED BY A STEELE by Brenda Jackson
A feeling of relief swept through Mercury when he located his car. Parking in the space beside it, he quickly got out and glanced around the shops in the mall, wondering where the driver had gone.
He was pissed when he pulled his phone out of his jacket to call the police again to give them his exact location. Putting his phone back, he walked around his car and was glad not to see any dents. Other than need-ing a good wash job, the old girl looked good. Deciding to check the interior, he pulled his car keys out of his pocket to open the door.
“Get away from my car!”
Mercury snatched his head up and was instantly mesmerized by the beauty of the woman’s dark brown eyes, shoulder-length curly hair that cascaded around an oval face, high cheekbones, the smooth and creamy texture of her cocoa-colored skin and one pair of the sexiest lips he’d ever seen on a woman.
He immediately flashed her one of his wolfish smiles and was about to go into man-whore mode until what she’d said stopped him. Then he became blinded to all that gorgeous beauty. “Your car?”
“Yes, my car. Now get away from it before I call the police.”
He crossed his arms over his chest. “This is my car. It was stolen from me three nights ago.”
“You’re lying,” the woman snapped.
Calling him a liar was a big mistake. The one thing he despised more than anything was for someone to question his integrity. “If you think that, then by all means call the police. However, you don’t have to call them since I already have. You’re the thief, not me.”
“I am not a thief,” she said, feeling brave enough to step closer and glare at him.
“Nor am I a liar,” he said, glaring back. Suddenly a police cruiser with flashing blue lights pulled up and two officers quickly got out. One was Sherman Aikens, one of Jonas’s old high school friends. “I see you’ve found your car, Mercury.”
Mercury frowned over at him. “No thanks to you guys who should have been looking for it. And my car was never lost, it was stolen, and she’s the person who has it.”
“It’s my car!”
Both officers glanced over at the woman and Mercury glowered. Instead of saying anything, they just stared at her, male appreciation obvious in their gazes. “For crying out loud, aren’t you going to ask to see her papers on the vehicle since she claims to be the owner?” he snapped out at the officers.
Sherman broke eye contact with the woman to frown at Mercury. “I was going to get to that.” In a voice Mercury felt was way too accommodating, considering the circumstances, Sherman said, “Ma’am, I need to see papers on this vehicle, because it resembles one reported stolen three nights ago.”
“It is the one that was stolen three nights ago,” Mercury snapped while ignoring Sherman’s frown. As far as Mercury was concerned, Sherman could become smitten with the woman on someone else’s time.

“Stolen! That’s not possible, Officer,” the woman said, looking alarmed. “Why would anyone want to steal that car? Look at it. It’s old.”
Mercury glared at her while Sherman and the other officer unsuccessfully tried hiding their grins. “It’s a classic, and if it’s so old for your taste, why did you buy it like you claim you did?” Mercury asked her.
“Because I needed transportation and it was in my budget,” she said, pulling papers from her purse. “I just bought it yesterday.” She handed the papers to Sherman.
Mercury thought it took Sherman longer than necessary to switch his gaze from the woman to the papers. He then said in a too-apologetic voice, “Sorry, ma’am, but these papers are fake.”
Shock flew to her face. “Fake? But that’s not possible. A nice gentleman sold the car to me.”
“That ‘nice’ man conned you into buying a stolen car,” Mercury said, ignoring Sherman’s narrowed gaze as well as the woman’s thunderstruck expression.
Switching her gaze from Mercury to Sherman, she said, “Please tell me that’s not true, Officer. I gave him three hundred dollars.”
“Three hundred dollars?” Mercury asked, not believing what she’d said.
Lifting her chin, she added, “Yes, I knew the car wasn’t worth that much, but the man looked a little down on his luck and needed the money.”
Mercury shook his head. “You got that car for a steal, no pun intended. Do you not know the value of that car? It’s worth over two hundred thousand dollars easily.”
She rolled her eyes. “Don’t be ridiculous.” Ridiculous? She had bought a stolen car from some-one who she thought was a nice man, and she thought he was being ridiculous? He was about to give her a scathing reply, but Sherman’s look warned him not to do so.
“Yes, ma’am, unfortunately that man did run a scam on you,” Sherman said. “I hate you lost all that money. I need you to come down to police headquarters and give us a statement, including a description of the man who sold you the car. We will be on the lookout for him.”
“Like you guys were on the lookout for my car?” Mercury said under his breath, but when Sherman shot him a disapproving glare, he knew he’d been heard regardless.
Sherman turned to him. “We’re going to have to impound the car. You and Miss Donahue need to come down to police headquarters to give statements.”
“But I’m on my way to a job interview,” the woman said, suddenly looking distressed.
Mercury refused to feel an ounce of sympathy for her since he too would be late for an interview with a potential new client. Now he would have to reschedule. Every sports agent alive would want to sign on Nor-ris Eastwood, but the parents of the high school senior with plans to go straight into the NBA had sought out Mercury. He hoped being a no-show this morning wouldn’t be a negative against him. If it was, then he had this woman to blame. 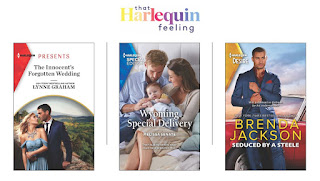 “Are you okay with that, Mercury?”
When he heard his name, he glanced up. “Am I okay with what?” He saw the other officer had pulled the woman off to the side to take down some information. “Giving Miss Donahue a ride to the police station,” Sherman said.
“Don’t you have room in the police car? That’s the normal way you transport criminals, isn’t it? For all we know, she could be in cahoots with the person who stole my car.”
Sherman rolled his eyes. “You don’t believe that any more than I do, Mercury. It’s obvious she’s an innocent victim who doesn’t belong in the back of a patrol car. She’s no more a thief than we are. Look at her.”
Mercury didn’t want to look at her, but he did any-way. He immediately thought the same thing he had when he’d first seen her. She was a very beautiful woman. Her features were just that striking. And then there was that delectable-looking figure in a navy blue pencil skirt and white blouse. Sexy as hell. But still…

clarabenet90@gmail.com said…
pretty picture and realistic. Get beta readers for your book using http://100freekindlereviews.com Beta readers help with editing, plot arcs and lend fresh eyes to the book.
April 2, 2020 at 7:54 AM