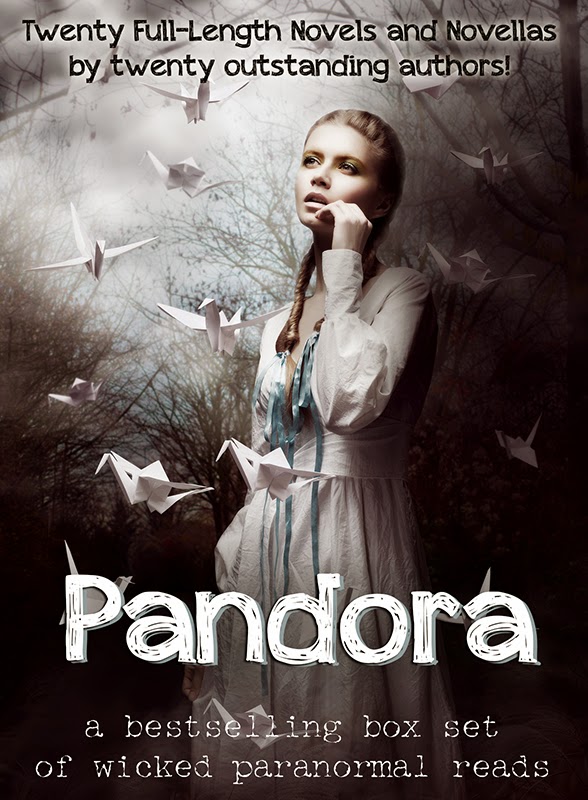 
PANDORA, a best-selling box set of wicked paranormal reads, is brought to you by twenty exciting, best-selling, and award-winning authors!

Ready for a touch of magic?

Whether you love paranormal in the form of romance, suspense, mystery, horror, or fantasy, this box set will have something to entice your preternatural sensibilities. Supernaturally thrilling and engaging, this box set has it all: ghosts, vampires, mind-readers, shape-shifters, demons, faeries, werewolves, and more.

For a limited time, you can enjoy books from today's New York Times, USA Today, Amazon and Barnes & Noble bestselling authors and many more. We have everything from titles that are slated for the big screen to stories from Pulitzer Prize and Bram Stoker Award Nominees! When purchased separately, these books cost over $50! But they are your's today for less than $1.

Professionally formatted, no cliffhangers, and no short stories. Every selection in this rare, limited edition paranormal box set are full-length novels and novellas! A few are "First in Series," but we carefully selected only those which can still be enjoyed as a standalone!

What if you could know exactly what your friends are thinking? High school student Winter Reynolds can, but there's a catch...

She can only read people's thoughts when she's kissing them.

Ophelia's initiation into the supernatural council won't be complete until she kills the man she loves.

Snap...crackle...pop. The sounds of bones breaking and shifting and of muscles tearing haunt Alexandria Reed.

Aided by her new friends, who have some dark secrets themselves, can she and Jason survive long enough to figure out the secret behind the secret?

A story of Welsh witchcraft, love, and murder.

A global quest by a cynical adventurer searching for links in a colossal subterranean network he has stumbled upon lead him from the ancient fortress at Cuzco, Peru, to the Pyramids of Giza to a dangerous churchyard in Connemara, Ireland, where he falls in love with a woman of more than mortal roots and encounters the strange magic of a small village.

A dark twist on genie folklore, SUMMONED follows a reluctant criminal as he unravels the mystery of the paranormal bond controlling him.

Truths have a way of revealing themselves. Secrets will eventually surface. And Allison must learn to set aside her plan and work with her father if there is even a small chance it could restore her mother's sanity.

Demons, werewolves, possessed bikers, madness spreading like a virus, and a revenge that has waited for over five-hundred years.

What more could Gabby look for in a vacation spot?

She was born with the Magical Knowing – a gift, some said. A curse, said others.

But for Truly, it was the very thing meant to save her life. If it didn’t kill her first.

Toni's grandmother is a psychopath. Her sister is a ghost. Her boyfriend is possessed. And she has no idea who she is.

When a smart-ass magical creature invades Kathleen’s life, a boy she hates turns up dead and her mother goes missing.

When Gabriel Holland’s beloved Helena vanishes from his life, he journeys to the home of disgraced artist Cristian Salazar, the man he holds responsible for her disappearance and the death of several friends.

It all started with a murder, but what laid in wait would turn a man into a monster.

Angela Fristoe: LIE TO ME

As a Truth Teller, Phoebe knows a lie when she hears it.

Knowing what to do when her best friend lies is the problem, because in lies, intention is everything.

Cresta's the kind of girl who thinks everything is the end of the world. Turns out, she might be right.

Samantha LaFantasie: MADE TO FORGET

After waking up in a hospital with no memory, Elsabetha quickly learns those who claim to be her friend are anything but.

With the help of supernatural friends and protectors, Jazzy thinks she's safe until what remains of her family is put in danger.

Does she have what it takes to save her family, life, soul, and soul mate, or will all be lost?

Save over $50! This set is only available for a limited time, so order your copy before it's gone 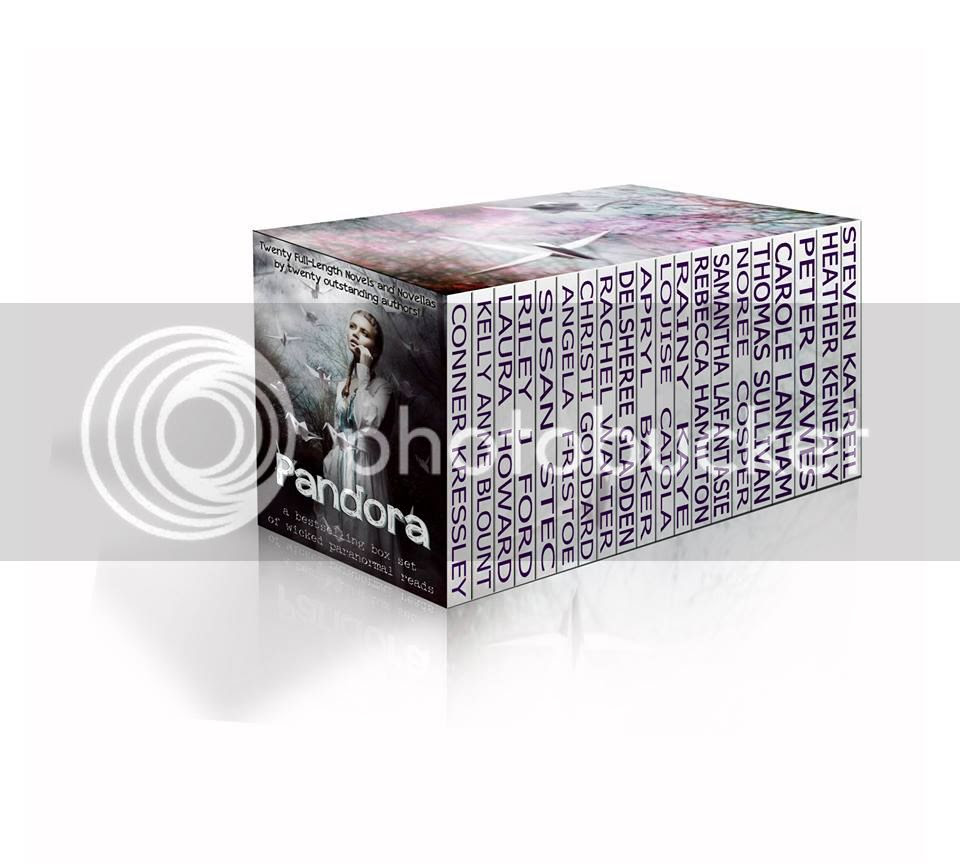 
Do you dare to open Pandora's Box?