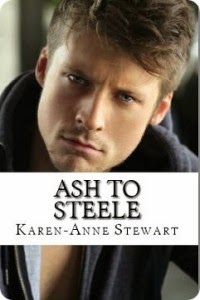 Emma
Who I am and all I believe is marred with just one glance into angry, steel blue eyes. He seems to control my air, my ability to breathe. He makes me crave everything I know is a sin. Pure becomes tainted and lines are blurred. It’s my fault; I’m the one who isn’t strong enough. I’ve been damaged…broken. Breck’s words haunt me…’There’s a consequence for every choice you make.’

Breck
I’ve had so many women I can’t even remember over half of their names, but none of them are mine; I make damn sure of that. I take what I desire and never look back. I don’t need or want anyone, ever…not until I met Emma. Those eyes bore into what’s left of my soul and her touch sears me, weakens me. I want to hate her for that. She is my ruin…my sweetest hell.

Disclaimer: Intended for readers 18+ due to strong language, mature scenes, and some violence.

Emma has lived a sheltered life as a preacher's daughter. She leaves to try to make it on her own in Boston as an artist. Emma's best friend works at a club. Emma's first night out at the club brings her face to face with Breck. Breck goes through women like it is part of his daily routine of putting on a clean pair of underwear. Right away Breck is saying all kinds of inappriorate things to Emma that has her blushing.

I like the bad boy image in books. I myself do not have one. I have a really great guy. However the bad boy attracts attention and is never boring. Which Breck is not. I have to say however that I was turned off by his mighter than thou attitude. If someone had said the things he did to me I would have wanted to smack him in the face and never would have given him the time of day again. Thus for a good portion of the book no matter how high the sexual chemistry was, I could not get on board Breck's side. Luckily Breck's story involved more than just women and sex. He showed that he did have a heart and really cared for Emma.

Another thing that got old was all of the angst and turmoil that the characters were going through. Now I know that this does keep things interesting in the story and helps make the characters come alive but only to a certain point is this good. A good counterpoint to this is the other cast of characters in this book. They helped bring the party. 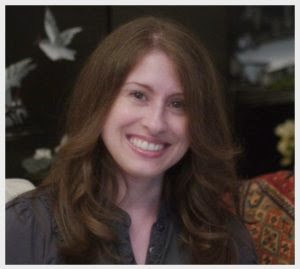 Karen-Anne Stewart has always adored reading and has now fallen in love with writing. Her written works are The Rain Trilogy: Saving Rain, Healing Rain, and After the Rain, and the newly released stand alone novel, Ash to Steele. Her debut novel, Saving Rain: The First Novel in The Rain Trilogy, was a nominee for the Book Junkie’s Choice Awards, and Saving Rain and After the Rain were nominees for the 2014 RONE Awards.

When Karen-Anne isn’t writing, she enjoys spending time with her family and friends, hiking, and visiting new places. She fuels her addiction of creating new stories by her only other addiction, caffeine, and listening to a myriad of musical genres. Tucked away near the Blue Ridge Mountains, Karen-Anne lives with her husband, daughter, two dogs, and their cat. She plans on writing new adult romance as long as her fingers maintain dexterity.
Visit her website at www.karen-annestewart.com. 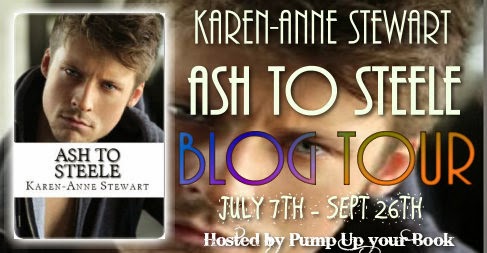