A Silence of Mockingbirds 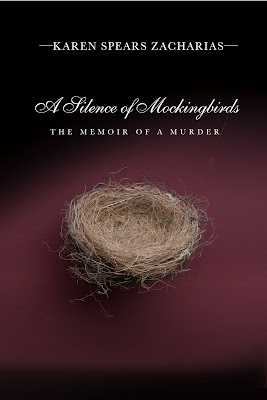 I admit that I am not familiar with Karly Sheehan’s case. So, when I sat down to read this book, I was expecting a little more back ground story information regarding Karen and Sarah’s relationship. Also, learning more about what Sarah, Karly’s mother was like when she was living with Karen and her family. I got a brief glimpse of this.

To be honest, after reading this book, I am glad that Mrs. Zacharias did not spend much time talking about the Sarah; she knew as a “daughter” and loved. What Sarah did as a mother by not protecting Karly is wrong. I would say that I hope that Sarah feels sad and regrets the poor choice she made for the rest of her life but it seems like Sarah is living in “Sarah’s” world.

I agree that David, Karly’s father was a victim. He loved Karly. I could tell that just from reading this book and I do not know anything about David. I can not imagine how difficult writing this book must have been for Karen getting to know Sarah as she did. Although, it is a story that needed to be told for Karly. Her voice was not heard and was quieted too soon. For any one who knows of someone abusing or is a victim of abusive, this is a book to be read. It shows you just how much your voice does matter for a child. It could end up helping to prevent them from being put into a grave. This is a sit down and finish in one session book! 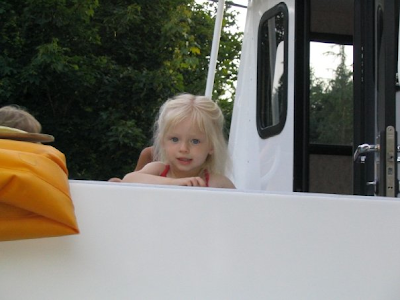 The minute I walked out the door of Benton-County Courthouse in Corvallis, Oregon in 2007, my cell phone rang. I didn't recognize the number, but it didn't take me long to figure out who the angry woman yelling at me was. I knew Sarah Brill Sheehan like I know my own daughters. For a season in life, Sarah was like a daughter to me. She lived in my home, ate at my table, laughed with my children, and swapped stories with me.But this Sarah, the one ranting at the other end of the phone, was a stranger to me in many ways. She was right when she declared "You don't know me anymore." I sometimes wonder now if I ever really did know Sarah. I wonder if anyone has ever really known her. I'm not denying that Sarah had a right to be upset with me. I had debated numerous times about whether I should tell her that I was working on a book about the murder of her daughter, Karly Sheehan. I was torn over it.


"Don't you think you owed me a phone call?" she implored.

It was the question I'd asked myself a gazillion times. I intended to tell Sarah at some point, but first I wanted time to sort through the court's documentation and to get in as many preliminary interviews as I could. I was doing my best to approach the story as a journalist, gathering the facts the way I had done hundreds of other times during my tenure as a reporter.

"What's your emergency?' asked Dispatcher Andy Thompson. Sarah was so distraught it took nearly a minute before she was able to say, "My daughter is not breathing."

I didn't learn that by reading the newspapers. I obtained a copy of the 911 call and heard for myself the hysteria that detectives would later describe as just too intense. I don't know how law enforcement makes such a determination, but there was something in Sarah's demeanor that made them uncomfortable, made them wonder what role, if any, she played in her own daughter's murder.

My husband was the first to tell me that Karly had been murdered. I knew in that very moment that I would write A Silence of Mockingbirds: The Memoir of a Murder (Macadam/Cage, $25, pub date April 1st), although I have always referred to it simply as Karly's story. I also knew doing so would enrage Sarah, and maybe others, and that's why I'd put off telling her. I'd been at work on the book for a couple of months when she got wind of it.

The reporter at the Corvallis Gazette-Times who had covered the trial called and told Sarah I was at the courthouse that day. The two had become friends during the course of the newspaper's coverage. I don't fault the reporter for that. It happens. Try as we might to remain objective, journalists are human. It would be unnatural for a reporter to not feel empathy for the mother of a murdered child.

But despite my history with Sarah, or perhaps because of it, my empathies weren't with her. They were with David Sheehan, Karly's father. I knew David adored Karly. It was the thing I had said to Sarah when she called me in 2003 to tell me she was leaving David.


To read the rest of this post, go here
Karen Spears Zacharias

GRACE PETERSON said…
Hi Cheryl, I've just started reading this book. I work in the city where this atrocity occurred and it pains me that this sweet, adorable child was not protected. I hope this book can make a difference. I hope people will speak up and that child services do their job.
June 29, 2012 at 11:39 AM