A Conflict of Interest 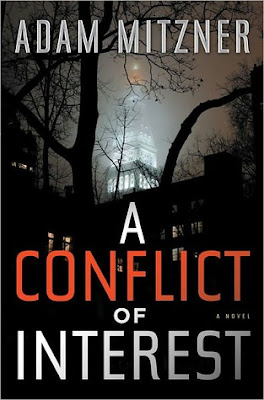 Alex Miller is a criminal defense attorney and, at thirty-five, the youngest partner in one of the most powerful law firms in New York City. He's a man at the top of his game with the life he's always dreamed of, complete with a devoted wife, who remains patient with his long hours and high-stakes cases, and the love of a beautiful young daughter.

At his father's funeral, Alex meets Michael Ohlig—a mysterious and nearly mythic figure in Miller family history—who presents Alex with a surprising request: to represent him in a high-profile criminal investigation . . . an alleged brokerage scam that has lost hundreds of millions of dollars for investors. Wealthy beyond words, Ohlig insists he's done nothing wrong, and Alex, who's experienced enough to know that clients always lie, uncharacteristically believes him.

As the facts come out, shocking secrets are revealed that threaten everything Alex believes in–about the law, his family, and himself. Yet Alex's desperate need for the truth propels him to unscrupulous depths, and to confront a past defined by deception and a future in jeopardy . . . with the realization that one false step could destroy everything Alex holds dear.

In an electrifying debut the likes of which legal thriller fans have not seen since Scott Turow's pulse-pounding thriller Presumed Innocent, Adam Mitzner tells a shocking story of suspense that heralds a bold new voice in fiction.

I read this book in hardback. You can read my review here.
Adam Mitzner