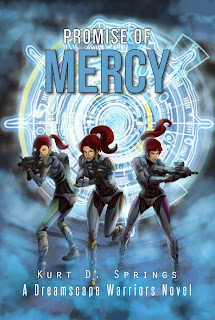 Deirdre watched as Marisa turned and looked at her. She was shocked when she saw the child in her enemy’s arms. The Gothowan woman turned away to shield the child. Deirdre saw the child’s face. The child was looking right at her. Her expression was more curious than frightened. Deirdre knew she could take the fugitive without touching the child. She reoriented her aim, and her finger began to tighten.

It is twenty-five years after the events of Price of Vengeance. Deirdre and her sisters have returned to their home planet of Etrusci after completing their training with the Finnian Shock Forces. Their homecoming plans are disrupted when their mother, High Priestess Celinia, and other leaders of the clergy are taken hostage, and their father, Colonel Liam O’Connor, disappears. In their desperate search for their father, they discover that the Rebellion is secretly building weapons that could end civilization as they know it.

Meanwhile, Liam has been befriended by a Rebel war criminal, a woman Deirdre has sworn to kill. Will Deirdre cast herself into the role of judge, jury, and executioner, or will she discover the promise of mercy?

It was good to visit with Celinia, Liam, and Randolf again from the first book, Price of Vengeance. I grew close to all of them, especially Liam. Now, twenty-five years later I am introduced to Liam and Celinia's three daughters. It did seem as if the focus was on one particular daughter, Deirdre. So I became connected to her the most.

I liked the set up for the kidnapping and the motive but I did find that it seemed to stretch a little long with no action. Action is what I got spoiled on by the first book. It was instant action. So this lack of it up front made it a little harder for me to read this book as fast. However about half way is when the story picked up for me. From here I was able to really enjoy the book and read it faster. Deirdre is quite the warrior, just like her father. The world and the characters that the author has created is wonderful. If you are a fan of sci-fi, military, or just looking for a new author to read then you have to check out this series. You will not regret it.


Where you can Buy the Book 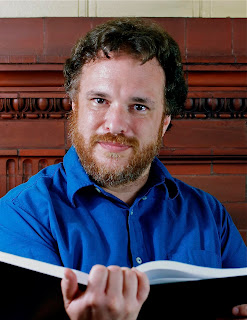 Unknown said…
Thank you once again Cheryl for being part of the tour and for your reviews of Price of Vengeance and Promise of Mercy.