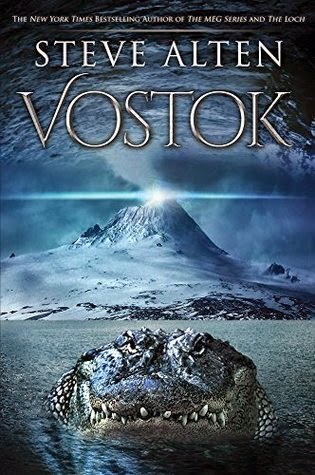 This is my first introduction to author, Steve Alten. While this book does feature characters from his prior novel, The Loch, you don't have to have read The Loch to read this book.

When the first discovery was found with the preserved beasts I was interested and the story lit up the light in my head. Yet, when Zach, Ming, and Ben plunged into the depths of Lake Vostok and encountered all that the lake had to offer, I was hooked and could not stop reading. It was like I was with the crew as they were experiencing every thing for the first time. I could picture the creatures as if they really could exist. Although, I had no problems imaging them, I did appreciate Mr. Alten adding illustrations of the creatures.

As I was reading the book, I never really thought about the rhyme or reason for the whole story. So when it was revealed, at first I was not sure if I liked this angle but the more I thought about it, the more I got it and liked it. It was like a "Ah Ha" moment. It totally made sense for the story. I plan to go back and read the prior novels by Mr. Alten.

Warning: Don't read this book at night or you will find yourself up until the early hours of the morning making yourself go back to sleep!

Where to buy the book:
Amazon
Barnes & Nobles 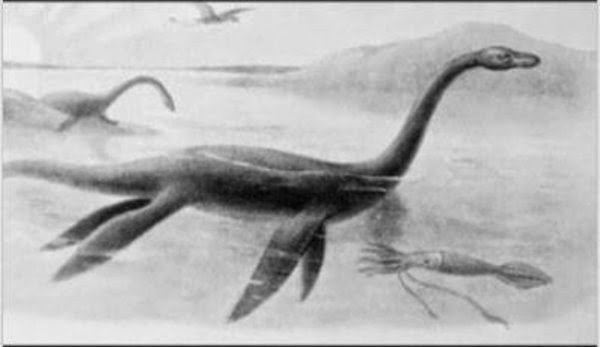 What advice would you give budding writers?

Don’t write about what you know, write about things you like to read and do the research.


If you could put yourself as a character in your book, who would you be?

No one. I put my characters through confrontations with 70-foot Great Whites, Loch Ness monster, miocene sperm whales, ETs, demons….


Do you ever get writer’s block? What helps you overcome it?

Writers Block is when your brain needs info. Fuel it with research.


What is writing schedule?


The scariest moment in your life?

On Feb. 17, 2012 I went to the emergency room with severe stomach pains. They did a CAT scan, found a perforation in my colon leaking waste into my body and rushed me into emergency surgery. I woke up with a colostomy bag ad spent 7 days in the hospital. Three months later I had another operation to reverse (thankfully) the bag. If I had waited another day I would have died.

Steve Alten is the New York Times and International bestselling author of fourteen novels, including the MEG series about Carcharodon Megalodon, the 70-foot, 100,000 pound prehistoric cousin of the Great White shark and Domain trilogy, a series about the Mayan Calendar’s 2012 doomsday prophecy. His work has been published in over 30 countries and is being used in thousands of middle and high school curriculum as part of Adopt-An-Author, a free teen reading program, which he founded with teachers back in 1999.
Connect with Steve:  Website  ~  Facebook  ~  Twitter
a Rafflecopter giveaway
Steve Alten