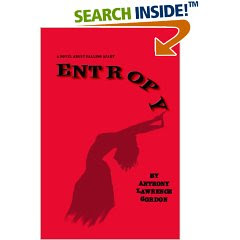 This is a story about a guy named Nick, who is dealing with everything falling apart around him and what he does to deal with the situation. Nick has just lost his unborn child in addition to his wife leaving him. Everyone around him tries to help him by making him talk about what happened but Nick wants no part of it and just wants to be left alone. Nick finds himself getting closer to a co-worker, Dixon and his wife Carry. Things are going good with this new found relationship Nick has formed with Dixon and Carry, except that items take place between these three that will make Nick re-evaluate changes taking place in his life.

Ok, so are I received this book and read the summary I wasn't sure if I was going to like it or not but I have to tell you after reading it I did enjoy it. The situation Nick finds himself in as well as the way he handles it was interesting. The really isn't a way to explain it other than it teaches us to not criticize people for how they deal with loses as everyone can be different in their own ways. Some are fine and get over it right away and others need more time, which can include them acting crazy or doing things to the extreme. To understand more about what I am talking about you will just have to Entropy out for yourself.


Thank you Mr. Gordon for letting me review your book.