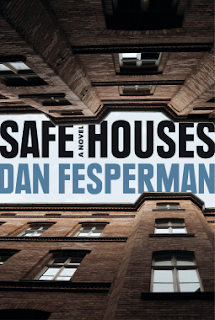 In this gripping new work of suspense from the author of The Double Game, a young woman discovers a nefarious truth at the heart of the CIA's operations in postwar Berlin and goes on the run for her life; years later she's gruesomely murdered along with her husband, and her daughter begins to chase down these startling secrets from her past.

West Berlin, 1979. Helen Abell oversees the CIA's network of safe houses, rare havens for field agents and case officers amidst the dangerous milieu of a city in the grips of the Cold War. Helen's world is upended when, during her routine inspection of an agency property, she overhears a meeting between two people unfamiliar to her speaking a coded language that hints at shadowy realities far beyond her comprehension. Before the day is out, she witnesses a second unauthorized encounter, one that will place her in the sightlines of the most ruthless and powerful man at the agency. Her attempts to expose the dark truths about what she has witnessed will bring about repercussions that reach across decades and continents into the present day, when, in a farm town in Maryland, a young man is arrested for the double murder of his parents, and his sister takes it upon herself to find out why he did it.

When I imagine "spy" thrillers, I think of books like this one. I thoroughly enjoyed this book. The dual storylines were great. They intertwined nicely to lead into one another without overpowering one another. Although, I have to admit that for a while in the beginning, it was the past with Helen that had captured more of my love and attention. Helen was one tough but good agent. It is because of her honesty and stubbornness that lead to her death.

In the present there is Anna and her brother, Willard. Willard has been accused of murdering their parents. Anna wants the truth. She hire Henry. Together they go down a path that is full of twists. There was a bit of a spark between Henry and Anna but nothing that became a main focal point of the story.

As the story progressed the two storylines got more involved with one another. This is such an easy book to read as the story lines and characters are written nicely. This is my first time reading a book from Mr. Fesperman and it won't be my last. You will be "hiding" but that is only because you will want to hide from the rest of the world to read this book.
Dan Fesperman