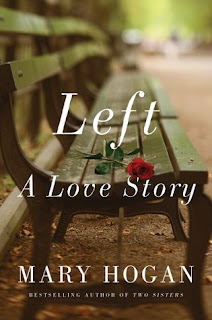 ABOUT THE BOOK
It started as a dream vacation in Spain, with Fay and Paul Agarra enjoying all the delights of a European holiday. A respected New York City judge, Paul has always been the man Fay can rely on, no matter what. When he inexplicably disappears from a Barcelona street corner, Fay knows something is terribly wrong. Once reunited, Paul shrugs off the episode as a simple misunderstanding—but Fay suspects her almost perfect life has taken a dark and sudden turn.
Soon there are more signs that Paul is beginning to change. Bouts of forgetfulness lead to mistakes in the courtroom. Simple tasks cause unexplainable outbursts of anger. Fay’s worst suspicions are realized when she learns her husband—her rock, her love, her everything—is succumbing to the ravages of dementia.
As her husband transforms before her very eyes, Fay copes with her fears by retreating into a fantasy life filled with promise instead of pain. In Fay’s invented world, she imagines herself living a glamorous life free from heartache, with a handsome neighbor she barely knows rescuing her from a future she can’t accept.
Poignant and beautifully crafted, Left is an unforgettable tale about life’s aching uncertainties—and a woman who discovers that somewhere between hope and reality, an unexpected future will find its way forward.

Set amongst the gorgeous architecture of New York City, LEFT centers on Fay and Paul Agarra, a couple forced to reckon with Paul’s life-altering diagnosis of Alzheimer’s. “Mixing humor and heartbreak in this sharply observed novel” (Booklist) LEFT tells the story of a marriage, of two people figuring out what it really means to “have and to hold in sickness and in health.” More about Mary and the book is below.
What makes this novel so deeply felt and so special is that Mary’s husband, actor Bob Hogan, is the inspiration for the fictional “Paul Agarra.” As she notes about the genesis of the book: “When I first thought about writing LEFT, I had the idea to create a hybrid: part memoir, part novel. Meaning, I would fictionalize true events that happened in my marriage. The final product turned out to be part truth, part fiction, and part my imagining of how my real life will be in a year or two.” 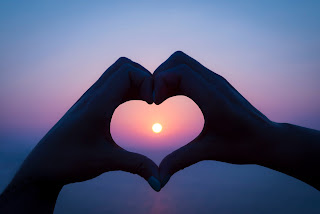 I loved Fay and Paul story of how they met and their relationship. It was a true love one. Although, my issue is that this love and bond they shared was not so easily conveyed to me. In the matter that I was not able to fully embrace them or the story as strongly as I wanted too.

For this story, it should be about the characters. I am only basing this off the story and not on the author's life. This book is part memoir/non fiction about the author's marriage. Alzheimer's is a sad disease. It was apparent in this book. It does not just affect the person experiencing Alzheimer's but also the person's loved ones as well. I felt for Fay and her frustration with trying to get help for Paul. It was like she was hitting brick walls. The most powerful sentence in this book was said by Paul when Fay caught a glimpse of her husband in his eyes. He said "I never left".


ABOUT THE AUTHOR
MARY HOGAN is the bestselling author of Two Sisters and the historical novel, The Woman in the Photo. Previous novels include the young adult titles, The Serious Kiss, Perfect Girl and Pretty Face (HarperCollins). Mary lives in New York City with her husband, actor Robert Hogan, and their Catahoula Leopard rescue dog, Lucy. Find out more at MaryHogan.com