Doing a little reading with Say You'll Remember Me 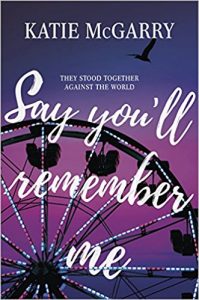 Doesn’t matter who did it. Not anymore. I did the time. It’s over.”
When Drix was convicted of a crime—one he didn’t commit—he thought his life was over. But opportunity came with the Second Chance Program, the governor’s newest pet project to get delinquents off the streets, rehabilitated and back into society. Drix knows this is his chance to get his life back on track, even if it means being paraded in front of reporters for a while. 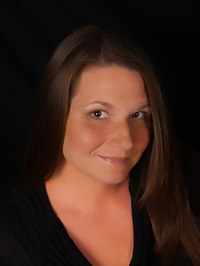 
Andrew’s a few years older. More friend of our family than a personal friend of mine, and I don’t like the idea of explain­ing that my parents think I need a babysitter.


Drix’s mouth twitches at my words, and my lips also edge upwards. “I just made you smile a third time. Is this a Guin­ness Book of World Records thing?”


This time, there’s a short chuckle, and I like that sound almost more than I like him smiling. I kick at a rock before gathering my courage to meet his eyes again. “Thank you for helping me out.”


“It was nice to meet you,” he says with all the smooth edgi­ness that can only belong to a gentle rebel. It’s like his voice was created to slay unsuspecting hearts.


Adrenaline courses through my veins because if I do this and he rejects me, I might as well tattoo a big fat L to my forehead and die of humiliation. “I’ll give you my number if you want or you can give me yours…if you’d like. If you’d like to talk again or…hang. My name’s Elle, by the way.”


Drix rubs the back of his head like what I said made him uncomfortable, and I seriously want to crawl behind the game and die. I’m being rejected.


“Look.” He hesitates, and my entire body flashes sicken­ingly vomit hot. “I meant what I said earlier. You’re out of my league. Way out of my league. And it would be easy for you to think I’m a good guy because I stepped in.”


And because he paid money to let a little kid win, but hey…who’s keeping score?


“I just got home from being gone for a year, and I’m only interested in making friends. Besides, I don’t want you to think I stepped in because I wanted your number. I ask for your number, and it’ll come off that I’m saving the day to get something out of it. That’s not why I did it. I stepped in because not all guys are assholes.”


His voice just doesn’t melt hearts, his words do, too, and this guy doesn’t want my number. As far as rejections go, it could have gone worse.


“Let’s go, Elle.” Andrew cups both of his hands to his mouth. The sand must be narrowing down in the hourglass.


“Well…” Find something graceful. “Thanks for stepping in when you did…both times.”


Drix inclines his head, and his dark eyes soften in such a way that I may as well become a puddle on the ground. “Anytime.”


Why doesn’t the world have a million guys like this? That should be one of my father’s political agendas—create more gentlemen.


Drix turns away from me and walks toward the midway. I stay rooted in spot because I don’t want this moment to end. Some people live their whole lives for the past few minutes I just had, and I want to savor it a little longer.


This time, though, he glances over his shoulder to look at me. I smile. He smiles. That would make it number four. Guess I’m just talented like that, and then with a sigh, I leave.