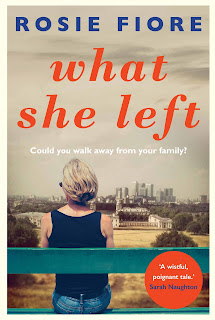 
Helen Cooper has a charmed life. She's beautiful, accomplished, organised - the star parent at the school. Until she disappears.


But Helen wasn't abducted or murdered. She's chosen to walk away, abandoning her family, husband Sam, and her home.


Where has Helen gone, and why? What has driven her from her seemingly perfect life? What is she looking for? Sam is tormented by these questions, and gradually begins to lose his grip on work and his family life.


He sees Helen everywhere in the faces of strangers. He's losing control.


But then one day, it really is Helen's face he sees... 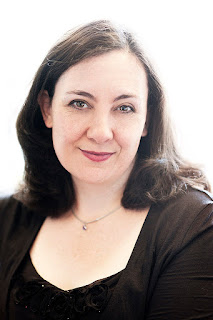 Author Bio – Rosie Fiore was born and grew up in Johannesburg, South Africa. She studied drama at the University of the Witwatersrand and has worked as a writer for theatre, television, magazines, advertising, comedy and the corporate market.


Rosie’s next book, The After Wife (written as Cass Hunter), will be published by Trapeze in 2018, and in translation is seven countries around the world.

Rosie lives in London with her husband and two sons.

What happens when people go missing?

In writing What She Left, this was something I had to research in some detail. What I found out was both heartbreaking and shocking. Around a quarter of a million people in the UK go missing every year. Almost all of them (around 99%) are found very quickly or return home. But some never come back.

If you’ve ever watched the Channel 4 series Hunted, you’ll know it’s really quite difficult to disappear and not be found. If the police have reason to believe there’s a crime behind your disappearance, they can trace your mobile phone, your bank cards, use CCTV or automatic number plate recognition (ANPR) technology to trace your car.  Plotting Helen’s disappearance in What She Left, knowing all of this, was both fascinating and difficult!

But what most people don’t know is that going missing isn’t a crime. If someone has chosen to walk away from their lives and don’t want to be found, they can simply visit a police station and say so. The police will perform a “safe and well” check, which basically makes sure that the person is who they say they are, that they haven’t been coerced, aren’t acting criminally and aren’t mentally ill or under the influence of drugs. Then they’ll close the missing person case, and, if the missing person requests it, they won’t even tell the family or persons looking for them, they’ll simply say the case is closed.

All of the rights in this situation rest with the person who went missing, not those left behind. You can understand why: it protects the vulnerable, those fleeing abuse or risky situations. But what about innocent families left behind? What happens to them? When I spoke to someone at Missing People, the UK’s organisation for those who go missing but who also support families left behind, I was told that often, the families feel enormous shame at the situation. Why did their loved one choose to leave them? Are others wondering what they did that was so terrible?

There can be other devastating implications too: ‘missing’ isn’t a legal state, so I there are shared finances (bank accounts/ mortgages etc), the person left behind can’t access or close them. This can cause terrible financial problems.

I explored some of these issues in the book, and I found that expressing the effect of Helen’s disappearance on those around her was sometimes painful. At the same time, I hope readers will find her reasons for going to be both credible and understandable. This was a difficult book to write, but I think it raises some important issues. I hope that readers find something in it that they can connect to. 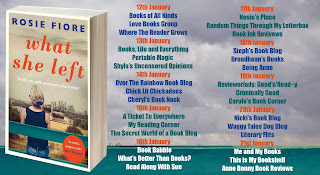