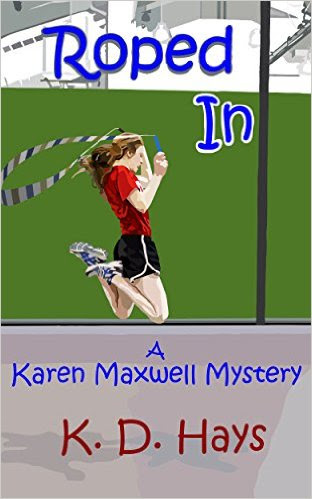 
Life has settled into a more stable pattern for fledgling investigator Karen Maxwell of DS Investigations, but that stability is precarious. At work, she has an uneasy truce with Rodney, the “office maximizer” hired by her brother to do some of the administrative work she used to do. Her brother has not assigned her any real cases and she thinks it’s because he doesn’t trust her after she was fired from her last major assignment.


But she soon gets her chance. The firm’s insurance agent calls in a favor and asks them to investigate whether a valuable parrot was killed as a result of snowfall damage to a house. Karen is pretty sure Dave will assign this to her, since the investigation will involve no money or prestige. But it may help earn back his confidence.


Then Gina Callaghan hires DS Investigations to find out who sabotaged her daughter Hayley’s rope at a jump rope competition. Hayley competes in power jumping events, and she failed to make the top four in the regional tournament. If Karen can prove that one of those top four jumpers behaved unethically, then Hayley, (who was fifth) will have a spot at the national competition, and a chance to go to the World tournament. Dave assigns Karen the lead role in this case, so now she has a chance to prove to her brother that she can conclude an investigation before the client is ready to pull the plug.
Karen bribes her son to take a jump rope class on the day when the jumpers she needs to watch have their practices. Initially, Hayley Callaghan does not want the matter investigated so Karen has to be a subtle as possible. Meanwhile, in the parrot case, Karen’s investigation seems to indicate that the parrot’s owners are telling the truth and not trying to defraud the insurance company. But the picture they offer as proof somehow arouses Karen’s suspicion.


At jump rope practice, she finds a lot of masked hostility and a host of possible suspects, but no one who saw anything. Then Hayley’s sister steps forward and admits that she saw someone rummaging through her sister’s rope bag. Circumstances point to two possible suspects, in addition to the sister herself. But Karen can find no proof of wrongdoing and thinks the break was most likely an accident. Then Hayley changes her position and urges Karen to follow through with her initial suspicions. She immediately wonders why.


But she doesn’t have time to wonder. Her brother insists that she stop working on the insurance case and her client insists that she write up suspicions against one of the other jumpers so they can file a complaint with the national sanctioning commission. Working against the clock, Karen finds proof that the picture is fake, proving that the insurance clients were trying to defraud the agency. But time runs out on the jump rope investigation—once again the dissatisfied client fires Karen before she solves the case. This time, she knows an innocent girl is going to face blame and could be banned from the sport she loves. So she digs on until she uncovers the truth —and possible destroys a family in the process. 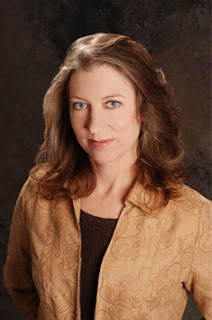 
Kate Dolan began her writing career as a legal editor and then newspaper columnist before she decided she was finally ready to tackle fiction.  As the author of more than a dozen novels and novellas, she writes historical fiction and romance under her own name and contemporary mysteries and children's books under the name K.D. Hays.  When not writing, she enjoys volunteering as a living history interpreter and riding roller coasters with her daughter.


Her latest book is the cozy mystery, Roped In.


“And you promise that you can be discreet?”


“Of course.” We’d never mingled with nobility or the rich and famous, but we had done work for the old moneyed families in Maryland and knew some of them could be passionate about maintaining their privacy.


“Good,” she murmured, and again I had the sense that she was going through a checklist. I wondered if she might be the personal assistant to a rich woman who needed us to find missing heirloom jewels or locate the beneficiary of a testator’s unexpected bequest.


“I need to hire an investigator,” she said, rather redundantly.


“Yes,” I said, trying to be patient as my gaze strayed to the clock. I was going to have to flat-out run down to Main Street to make it to the salon on time. But it would be worth it if I was able to rope in a new client. With this woman’s educated voice and concerns about discretion, I thought we might be looking at something substantial. Even if it was just a woman wishing to keep tabs on her husband, she might be a client with enough money to pay for a extensive investigation. So I didn’t want to make her feel rushed.


“Why do you want to hire an investigator?” I asked gently.


“I need an investigator. Your best investigator,” she said firmly. “To find out who broke my daughter’s jump rope.”