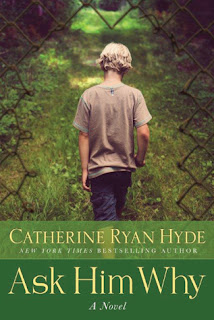 From the bestselling author of Pay It Forward comes the stunning and emotional story of a young soldier’s unthinkable act…and the bonds of a sister and brother’s love.

Ruth and her little brother, Aubrey, are just teenagers when their older brother ships off to Iraq. When Joseph returns, uninjured, only three and a half months later, Ruth is happy he is safe but also deeply worried. How can it be that her courageous big brother has been dishonorably discharged for refusing to go out on duty? Aubrey can’t believe that his hero doesn’t have very good reasons.

Yet as the horrifying details of the incident emerge, Joseph disappears. In their attempts to find him, Ruth and Aubrey discover he has a past far darker than either of them could imagine. But even as they learn more about their brother, important questions remain unanswered—why did he betray his unit, his country, and now his family? Joseph’s refusal to speak ignites a fire in young Aubrey that results in a disastrous, and public, act of rebellion.

The impact of Joseph’s fateful decision one night in Baghdad will echo for years to come, with his siblings caught between their love for him and the media’s engulfing frenzy of judgment. Will their family ever make their way back to each other and find a way to forgive?

This is not a bad book, I just could not find myself relating or connecting with all of the characters in this book. Or maybe I did connect in some way as I could not stand most of them. I really only found Aubrey, Aunt Sheila, and Joseph to be interesting. The rest of the family I had no interest in. In fact, I found Aubrey, Ruth, and Joseph's mother to really piss me off. Any time she made an appearance in the story, I would cringe and after a while, I would quickly flip past her parts.

Which I have to comment and say that as much as I appreciated the family dynamics surrounding Joseph's circumstance, I did grow tried at times of how slowly the story read. It seemed like parts would be repeated again and again but in different ways. A good ending though to this story.
Catherine Ryan Hyde