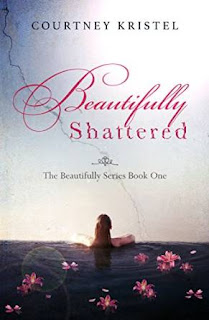 What would you do if your world fell apart right before your eyes? If everything you held dear was stolen before you had a chance to say goodbye, would you give up or keep fighting? Adalynn Maxwell didn’t decide to give up. She was robbed of her choice.

After years of therapy, Adalynn finally wants to move on and her brother’s sexy best friend Jax lures her further out of her shell. But she doesn’t understand his game and he changes the rules at every turn, making her fall into the waiting arms of the mysterious Doctor Kohen Daniels, whom she can’t seem to avoid. She’s terrified of trusting him, but something about him makes her want to bare her soul.

Adalynn is desperate for that all-consuming love she reads about, but doesn’t believe she deserves it. Her desperation to prove to Jax that she isn’t a little girl anymore may ruin her forever. One wrong decision can change her entire future. She has one last choice to make, but will it be ripped away from her like everything else? Will she pay the ultimate price? - 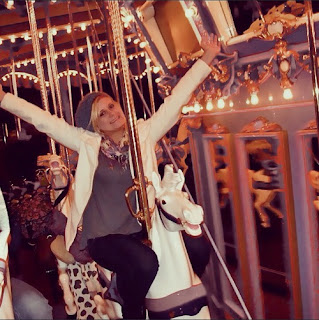 
Courtney Kristel graduated from The Fashion Institute of Design and Merchandising, but she couldn't shake her true passion for writing. She's currently working on the second novel of the Beautifully Series, Beautifully Mended. When she isn't creating stories to share with the world, Courtney usually has a book in her hands or is searching for new music to add to her writing playlist.

Her latest book is the romantic suspense, Beautifully Shattered. 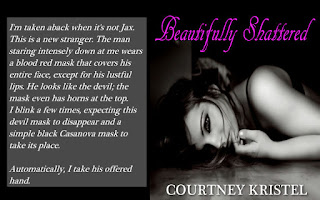 
I want to pretend to be the confident person I used to be, but I’m not her, I can’t pretend. Not even wearing a mask can transform me into a different person. When the song ends, I thank the stranger for the dance when I feel him behind me. My whole body breaks into chills. I know if I turn around, I will come face-to-face with Jax. I’m not ready, but my body doesn’t want to listen to me anymore. I slowly turn around toward the one person that I want more than anything.


I’m taken aback when it’s not Jax. This is a new stranger. The man staring intensely down at me wears a blood red mask that covers his entire face, except for his lustful lips. He looks like the devil; the mask even has horns at the top. I blink a few times, expecting this devil mask to disappear and a simple black Casanova mask to take its place.


Automatically, I take his offered hand.


Mr. Secretive pulls me close so there isn’t any space between our bodies. I can feel his hard muscles underneath his tux. My breathing has become embarrassingly noticeable, and I’m pretty positive that my skin is on fire when his hands start to roam my bare arms. I look up at his face, trying to see his eyes, but with the lack of light on the dance floor, it’s impossible to tell the color.


I’m so confused, everything in me tells me this is Jax. He’s the only one who can ignite my skin, that makes my whole body burn. But my mind can’t process why he’s in a different mask.


Because this isn’t him. This is Mr. Secretive.


He still hasn’t said anything and I don’t want to break the spell he has me under. He continues to grind his groin into my pelvis with the beat of the music, making it painfully obvious how aroused he is. By the pool of moisture gathering in my panties, it’s safe to say I’m in the same boat as him. The song is almost over when I get a quick whiff of his cologne.


And I know without a doubt who’s behind the mask.


I shouldn’t have doubted myself. I knew it was Jax before I turned around. I know him. My body knows him. I can feel him even from across the room. It’s as if my body, my soul, wants to haunt me forever. To torture me some more by reminding me what I can never have.


Reaching up, I thread my hands through his velvety soft hair. I pull his head down to me and press my lips to his. Jax releases his hold on my hips to cup my face as he deepens the kiss. I meet his tongue eagerly, loving the taste of him. I nibble on his lip and he growls into my mouth, turning me on even more. He’s the one to pull back first. I smile when I see he’s as breathless as I am. We’ve both just run an imaginary marathon.


The smoldering look he gives me makes me shiver. I’ve never wanted anyone as desperately as I want him right here, right now. Without thinking long enough to talk myself out of it, I grip his hand and lead him off the dance floor. If there wasn’t people everywhere I would be sprinting with him to the nearest closed door. I weave us through the crowd and out to the hallway. I pull him along while I find somewhere for us to be alone.


The first door we come to is locked. Same thing for the second one. We both sigh in relief when the third door opens. As I tug him in after me, my heel catches on the rug and I start to fall, but his grip on my hand saves me. He holds me to him as if he’s afraid to let me go. Spinning me around, he roughly slams his body into mine, banging my back into the wall. His hands are everywhere. 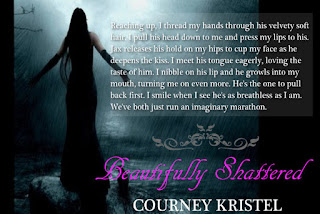