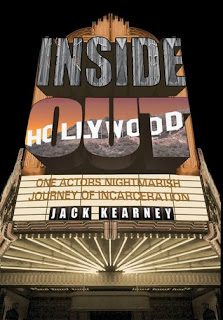 For most of my life I was a struggling actor. I appeared on such shows as Mash,WKRP in Cincinnati, and General Hospital. For a short time, I even taught an acting workshop. Today I am a struggling acting coach in Northern California, but back in the mid-seventies I was a recent graduate of the very prestigious American Academy of Dramatic Arts where I was part of the first graduating class in Los Angeles. After that I joined the ranks of the other sixty thousand would ­be stars that acted in showcase plays, occasionally went on a professional audition, and attended a weekly workshop.


The women that ran my workshop got involved in an interesting experiment directing a group of prisoners at the Federal Correctional Institution, Lompoc, California, in a production of Short Eyes. Except for the lead character, all the roles were played by inmates. Because of its success she was granted a weekend to conduct an improvisational workshop with the men who had been in the cast, as long as she was accompanied by a male from the outside. When she proposed the idea to me, I was excited at the possibility of being part of something that unique and agreed to be her assistant. As it turned out, nothing of any real consequence came about, but it was a very interesting weekend that few if any will ever experience. I met some very fascinating guys, some of whom I got along with and others that—let’s just say, I was glad that there were guards stationed just outside of our room.

After I got back to my regular life, I had a scare that made me think, what would happen if someone were to be part of this program and, by a twist of fate, end up back inside as an inmate? Inside Out is that story. Danny Belson is a nice guy who could be considered a working actor. He has done a few guest spots and has a small recurring role on a soap. Follow Danny as he goes from a carefree beach volleyball­ loving, pool- shooting, nice American guy to a convicted murderer serving his time where he already has built ­in friends as well as enemies. This is a book of fiction based on real events that happen to inmates on a daily basis. Imagine how your life would be if it got turned inside out.

My experience in the late seventies inspired me to write a script in the mid­-eighties that led me to write this book in 2013. So dreams do come true, but sometimes you have to wait for them. At sixty-three I’m proof of that. This book is dedicated to my beautiful daughter Shannon, with a shout out to Pek and Jim.

Despite this book being written from experiences that the author himself encountered, this is not a memoir. This book is fiction but it also reads like a script from a television show while watching that script play out. Danny is the male lead in the story. He surprisingly turned out to be a loveable and engaging character. I instantly connected with him and felt his sorrows as he struggled in the acting world and in prison. This is why I was so engaged in reading this book. Well that reason along with most of the other characters. I found the moments when the story played out in the prison the most improved. Otherwise, at times when the story was not focused during this point, I found myself thinking the story dragged on long. For example, the first 25 pages of the book seemed to take forever but then the story picked up. Towards the end of the story, I liked the one scene that felt like it was playing out the famous scene from Julius Caesar. Overall, I did find this book to be an enjoyable read.