Hanging with Angelica and Zi

I am pleased to have the dynamic duo of Angelica and Zi back again.
MARS MIGHT BE TOO CLOSE TO VENUS

Angelica Hart and Zi are writers published by Champagne Books.

While writing KILLER DOLLS, we wanted the characters to have depth, a sense of non-conformity yet remain within the distinctive ranks of their gender. We did not wish to misled or lie about what makes them who they are, holding in mind certain humanistic qualities. Being a male and female writing team gave us an advantage. One of us would often tell the other, "A man/woman would not act that way." Once, for the fun of it and to wade into the truth of the yin and yang of the gender diversities, we waded through a list, with a bit of help from Google of ten things that differ between a man and a woman.

· Ask a woman how she stubbed her toe and she'll say she walked into a chair, ask a man and he'll say someone left a chair in the middle of the room. (This is our male character, Rich Longar from LOVE LETTERS)
· An English professor wrote the words, "Woman without her man is nothing" on the blackboard and directed the students to punctuate it correctly.The men wrote: "Woman, without her man, is nothing."The women wrote: "Woman! Without her, man is nothing." (This personifies the attitude of Lauren Pike from LOVE LETTERS)
· Man has his will, but woman has her way. (Oliver Wendell Holmes, Sr.) (Letti Noel of KILLER DOLLS can be seen in this quote)A man is as good as he has to be, and a woman is as bad as she dares. (Elbert Hubbard) (This is decisively the presence of Lauren Pike in LOVE LETTERS)
· A man thinks he knows, but a woman knows better. (Chinese proverb) (Once again, this projects Lauren Pike from LOVE LETTERS)
· Men always want to be a woman's first love, women like to be a man's last romance. (Oscar Wilde) (The soul and heart of Elizabeth from CHASING GRAVITAS)
· Men are taught to apologize for their weaknesses, women for their strengths. (Lois Wyse) (This is VeIper from SNAKE DANCE, along with many of his race)
· She says, "He forgets stuff I tell him, so I have to repeat myself over and over again."He says, "She nags me." (Every bit the relationship between Lauren and Rich in LOVE LETTERS)
· Women always worry about the things that men forget; men always worry about the things women remember. (We can see our characters Letti and Taut, from KILLER DOLLS, within this quote.)
· REMOTE CONTROL Female.... A device for changing from one TV channel to another.Male... A device for scanning through all 375 channels every 5 minutes. (Although VeIper from SNAKE DANCE exists in a fantasy, he was a bit of an obsessive [remote] controller and would most resemble this statement and wRen from the same book was simplistic and practical)

Though humorous, there is a lot of truth in these quotes and thoughts. Men and women simply see life differently. Men are usually more global, women usually live in the details. Yet, there is a commonality when love exists, that special tenderness expressed to the other when no one is around, that first realization that crackles and explodes when one realizes they are in love, the emotions that surround the birth of a child, the ache when there is loss.

Though our stories always have a decisive plot, a story that can almost overpower the romance, the romance is there in truth, in the reality of emotions, in the thoughts and impulses that real men and women experience. We might lie when it comes to that perfect bosom or hips that exists without cellulite, or that tree-trunk thick manly thighs that rarely exists outside bodybuilders and photo enhancement, but we never lie about emotions. Even in our novella SNAKE DANCE where the characters are not human, the emotions are true.

Every day when we write we struggle to keep it real and honest. Because if our characters are unique but believable then we can sell our plots. And if our men are men and our women are women then we can translate the emotions we sense about their possible love.

So the crux of this blog is to celebrate those difference, enjoy them, tease about them but never forget as much as we are different, we are the same where it counts, our love for one another.


EXCERPT FOUR
She finally raised her head, flushed with what she could only imagine was a brilliant blush, she 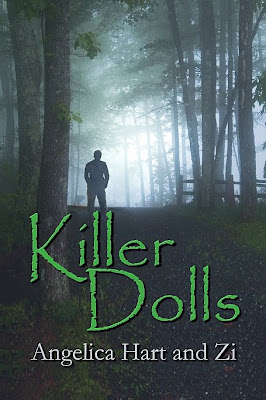 now making first eye contact. Why? He was an attractive man, the remember-to-breathe sort of attractive, with penetrating eyes and a charm-saturated smile. Every grooming detail meticulously accounted for earlier. He wore a Nat Nast beneath a vintage leather jacket and jeans that looked like something out of a GQ ad, perfect fit, perfect stance, perfect... everything. Her mind hung on the ideal of everything. The last thought reminded her she wasn't thinking about jeans but about the man in them. Confronted by such a man often embarrassed her, turning her shy, and with confidence elusive she oft times stuttered. Fumbling with her out-of-style eyeglasses she found her composure and responded, “Twenty-two fifty. Wow. That is pricy.”

“It is, but would be worth it if you smiled." He flashed a smile that nurtured as it tenderly comforted, and raised an eyebrow calling for that smile.

Though, completely taken off guard, she felt a flick of panic rush beneath her skin. Easy girl. You can do this, she told herself silently. So what if this man piqued the urge to drool and bat a few lashes, then she remembered her eyelashes were on her nightstand. He was just a man; gorgeous to the square of infinity but still a man. She knew many handsome men. She thought of Jack the handyman at her complex who had muscles that could barely fit through the door and Carlos, owner of a local pizzeria, with his all-white-dazzle smiles and compliments. But neither were the handsome that attracted Letti, neither had the voice that made her feel music, or looked at her as if she had a soul. Somehow, in this instantaneous moment of glance-to-glance, she found that this stranger did. He coupled her sensibility right to her passion and bridged that through his eyes retracting her soul into the protective hug of his. He was a man. All she was able to do was feign an awkward grin as she twittered in place.

KILLER DOLLS IS AVAILABLE: Unaware that bio-terrorists are using her handcrafted dolls to attack the innocent, Letti Noel finds herself falling for Taut Johnson, an undercover FBI agent. Even as deceit is a growing barrier to their love, it's the stalking terrorists that are a threat to their lives.

We'd love to hear from anyone interested in what we do. Anyone who writes us at angelicahartandzi@yahoo.com and leaves an s-mail address, we will send you a gift and add you to any future mailings.


KILLER DOLLS can be purchased at
Champagne Books
http://www.champagnebooks.com/