Any wish fulfilled for the right price. That’s the promise the Desire Card gives to its elite clients. But if the Card doesn’t feel like they’ve been justly compensated, the “price” will be more menacing than the clients could ever imagine.

Harrison Stockton learns this lesson all too well. Harrison has lived an adult life of privilege and excess: a high-powered job on Wall Street along with a fondness for alcohol and pills, and a family he adores, yet has no time for. All of this comes crashing to a halt when he loses his executive job and discovers he has liver cirrhosis with mere months left to live.

After finding himself far down on the donor list, Harrison takes matters into his own hands. This decision sparks a gritty and gripping quest that takes him to the slums of Mumbai in search of a black market organ and forces him under the Desire Card’s thumb. When his moral descent threatens his wife and children, Harrison must decide whether to save himself at any cost, or do what’s right and put a stop to the Card.

THE DESIRE CARD is a taut international thriller that explores what a man will do to survive when money isn’t always enough to get everything he desires. It’s the first book in a series followed by PREY NO MORE that focuses on other people indebted to this sinister organization, where the actual price is the cost of one’s soul.

“Careful what you wish for, especially from a nefarious shadow organization, in this gripping start to Lee Matthew Goldberg’s fast-paced, highly compelling, buzz worthy new series. If you love characters morally compromised, richly drawn, and constantly surprising, you’ll love THE DESIRE CARD. I burned through the first book and can’t wait to get my hands on PREY NO MORE to see where this endlessly exciting story takes me next! Loved it!” – Daniel Palmer, critically acclaimed suspense author


Mr. Goldberg's first book, The Mentor blew my mind. I could not read that book fast enough. In fact, I was raving about it for quite some time afterwards. It stuck with me so much that when I saw this newest book, I could not wait to get my hands on it to read it. This book is sadly not the same level as the prior novel.

While, I did like this book, the intensity is what I felt was missing for me personally. It would start to get up there but than never fully hit the gas. Harrison is one of those guys that you like to hate but at the same time you kind of feel bad when horrible things happen to him. Yes, he was a terrible father and husband but it is not like his wife or children were that likable.

The beginning started out strong and than it kind of went downhill and slowed to a steady pace until the last half of the story. This is where the pacing picked up again. Warning: "Be careful what you wish for." 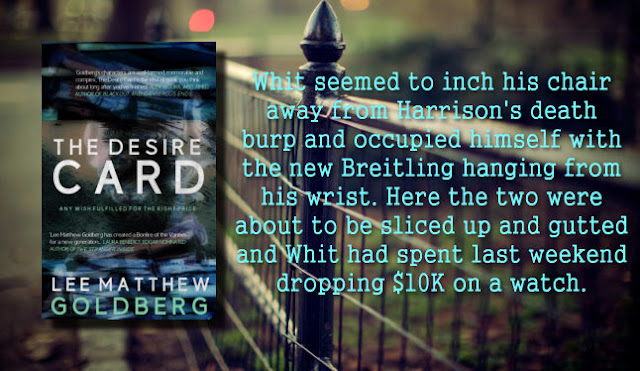 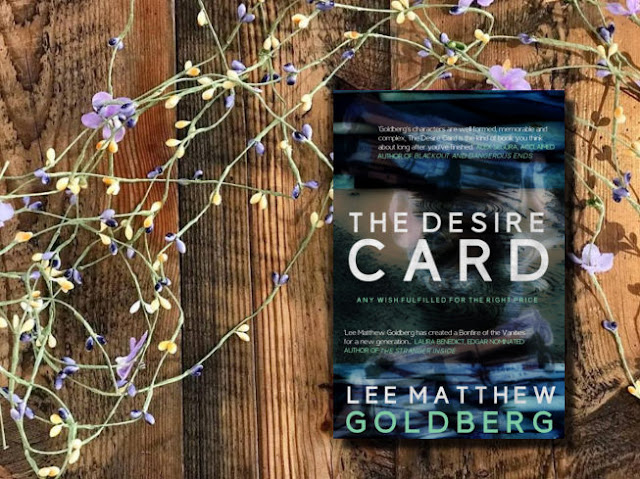 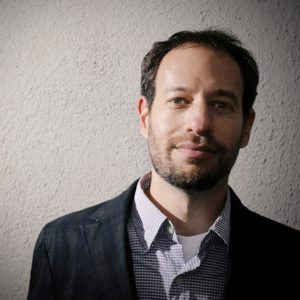 Lee Matthew Goldberg is the author of SLOW DOWN and THE MENTOR (St. Martin’s Press), which was acquired by Macmillan Entertainment with the film in development. He has been published in multiple languages and nominated for the 2018 Prix du Polar. The first two books in a thriller series, THE DESIRE CARD and PREY NO MORE, are forthcoming from Fahrenheit Press in winter 2019. His pilots and screenplays have been finalists in Script Pipeline, Stage 32, We Screenplay, the New York Screenplay, Screencraft, and the Hollywood Screenplay contests. After graduating with an MFA from the New School, his writing has also appeared in the anthology DIRTY BOULEVARD, The Millions, The Montreal Review, The Adirondack Review, Essays & Fictions, The New Plains Review, and others. He is the co-curator of The Guerrilla Lit Reading Series (guerrillalit.wordpress.com). He lives in New York City. Follow him at leematthewgoldberg.com and @LeeMatthewG.