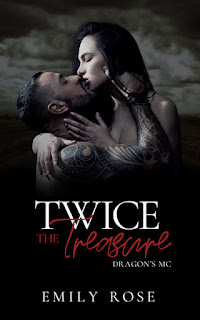 Esme:She is on the run and doesn’t trust anyone. Her entire life has been nothing but pain and suffering, and she will not allow her son to grow up in that world. Now, she has a sexy as sin biker wanting to claim her as his own and he is not taking no for an answer. Offering her a job, a chance at a life so different from what she’s experienced before. The heat between them is enough to set the sheets on fire, but is that enough? When he realizes who she is, and who is chasing her, will he run the other way? Or will he and his club step up to show her the real meaning of family?Fury:The only thing he wants in life is his club, a cold beer, and a woman when he feels the urge. Until he sees her. Esme and her son make him realize what he’s missing, and he wants them for himself. No matter what he has to do to make that happen. He doesn’t care about her past because he and the club will protect her. Except, he never expected she would fight him so hard. When he finds out why, he will prove to her that she and her son are meant to be his. Because when a Dragon finds his treasure, he doesn’t let it go. No matter who tries to take it from him.TRIGGER WARNING: This is a dark MC romance with mature themes and language, including violence, and the mention of the drug and sex trade. This book also has hot and steamy scenes with some elements that may not be suitable for everyone. If such things offend you, do not read this book.

This book is my first introduction to author, Emily Rose. It has been a long while since I have read a MC book. Emily made me remember why I love these types of books after reading this one. I enjoyed this book so much that I have purchased the first book in this series so that I can read it while I wait for book three.

Esme and her son, Gabe are both baddies. They can hold their own with Fury and the rest of the MC. The things that Gabe would say had me laughing. There was a television show I used to watch a long time ago called "Kids Say the Darndest Things". If Gabe had been on that show, he would have slayed it with the things he would say.

The chemistry between Esme and Fury is smoking HOT. You could see it and feel it whenever they were together. I hope to see Karissa and Razor in the future.