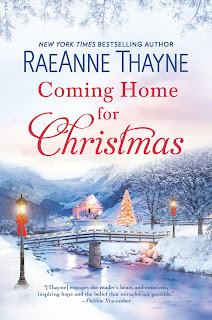 Book Summary:
Hearts are lighter and wishes burn a little brighter at Christmas…
Elizabeth Hamilton has been lost. Trapped in a tangle of postpartum depression and grief after the death of her beloved parents, she couldn’t quite see the way back to her husband and their two beautiful kids…until a car accident stole away her memories and changed her life. And when she finally remembered the sound of little Cassie’s laugh, the baby powder smell of Bridger and the feel of her husband’s hand in hers, Elizabeth worried that they’d moved on without her. That she’d missed too much. That perhaps she wasn’t the right mother for her kids or wife for Luke, no matter how much she loved them.

But now, seven years later, Luke finds her in a nearby town and brings Elizabeth back home to the family she loves, just in time for Christmas. And being reunited with Luke and her children is better than anything Elizabeth could have imagined. As they all trim the tree and bake cookies, making new holiday memories, Elizabeth and Luke are drawn ever closer. Can the hurt of the past seven years be healed over the course of one Christmas season and bring the Hamiltons the gift of a new beginning? 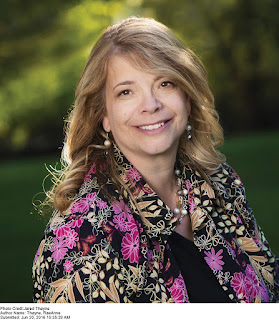 Author Bio: New York Times bestselling author RaeAnne Thayne finds inspiration in the beautiful northern Utah mountains where she lives with her family. Her books have won numerous honors, including six RITA Award nominations from Romance Writers of America and Career Achievement and Romance Pioneer awards from RT Book Reviews. She loves to hear from readers and can be reached through her website at www.raeannethayne.com.